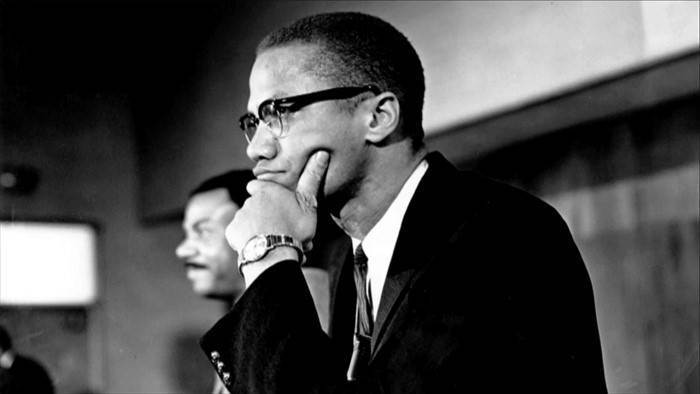 It’s been 50 years since Malcolm X was assassinated on 21 February 1965. On this occasion, France Ô created a documentary entitled Malcolm X, aux noms de l’identité noire, which aired on 25 February 2015. You can watch the video here through a link on Daily Motion via the Huffington Post.

The lower level of the Library was chosen as the setting for a scene in the documentary. The sequence depicts Malcolm X (played by Greg Frite) in a library during his years in prison in the late 1940s. That scene is featured around minute 26 in the documentary.

Taken in by a foster family after the murder of his father and the internment of his mother, Malcolm Little discovers racial discrimination at school. At 18, he moved to Harlem and takes up gambling, drugs and crime. Arrested for burglary in 1946 , he converted to Islam in prison, under the influence of an anti-white nationalist political organization. After he was released from prison, he took a new identity – Malcom X. A talented and provocative preacher, Malcolm X soon became the face of the movement, and influences an influx of new followers.