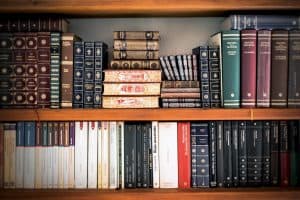 To view active groups, including chosen books and schedules, please scroll down.

You may then follow this link to request to join the book groups with openings. We will confirm your request and connect you with the group leader within several days.

Engage in stimulating conversation about books in an informal and friendly environment!

Our Book Groups, which are completely volunteer-led, highlight a variety of excellent titles, ranging from recent biographies, novels and well-known classics, to recent prize-winning novels or more obscure books that members otherwise might not have discovered for themselves.

Book Groups begin twice a year (once in September and again in January) and meet once a month at the Library. There is no additional fee for participating in a Book Groups, but you must be a member of the American Library in Paris to participate. Space is very limited, so members are advised to do their best to attend all meetings of a given group rather than just drop in for certain meetings. Any questions about Book Groups can be sent to programs@americanlibraryinparis.org.

To propose leading a group of your own, please send a formal proposal (including group title, description, a selection or books and proposed dates) to programs@americanlibraryinparis.org.

Additionally, we kindly ask that all Book Group leaders notify Programs Manager Alice McCrum (mccrum@americanlibraryinparis.org) well in advance of any changes in date or special requests for meetings.

How do book groups work?

Book groups are organized at the Library’s initiative and led by experienced Library volunteers. Book group leaders — and participants — have broad discretion on how they unfold.

Do I have to be a member to join a book group?

Yes. If you are not yet a Library member but would like to participate in one of our book groups, please join the Library before the first session of your selected group or be prepared (and leave enough time) to join or renew at the first session (check/cash/credit card, photo ID and proof of residence required).

How often and where do book groups meet?

Book groups on different topics/themes are offered two times a year (once in September and again January) and meet once a month. Book group meetings take place in the Library unless otherwise advertised.

What should I do for the first book group meeting?

Please come to the first session prepared to discuss the chosen book. Arriving a few minutes early will allow everyone to become acquainted. If you will not be present, please inform your book group leader, as others may be on a waiting list.

Are snacks or beverages provided?

The Library is happy to provide some beverages for book groups, and participants may also bring other refreshments or snacks. Everyone is responsible for clean-up in Library spaces, including the kitchen.

How do I sign up for a book group?

Please fill out THIS FORM to request to join any book group.

You can expect to hear back from us within a few days of submitting the form about whether your chosen group has space– all groups operate on a first come, first serve basis.

You will then receive emails directly from the leaders of your chosen group providing details regarding books and future meetings.

Description: This new group will look to past winners of the American Library in Paris Book Award. Exploring the perennially relevant relationship between the United States and France, the books will span many genres: fiction, historical fiction, and non-fiction, for instance. All books continue to provoke enduring interest, critical analysis and discussion. Questions posed during the group will include: How, if at all, has the book changed your impressions or notions about the subject?  What is the most surprising or revealing take away for you after reading? How has this book deepened your view of the ongoing relationship between France and the United States? 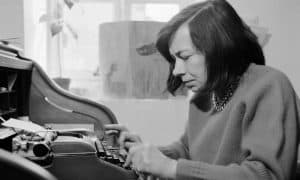 Description: Patricia Highsmith was a photographer’s muse, a cinematic inspiration (several of her books were adapted to the screen), and an artist (she kept artistic records of where she set her stories). Led by Precious Brown, this new book group invites discussion about the art and writing Highsmith produced during her time in France. Weather permitting, the group might make a day trip to Fontainebleau where Highsmith resided. 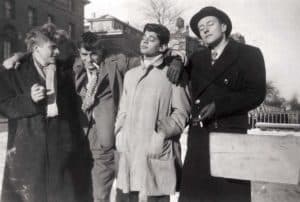 The Art of Writing: The Beat Hotel (Spaces Open)

Description: “I view life as a fortuitous collaboration ascribable to the fact that one finds oneself in the right place at the right time. For us, the ‘right place’ was the famous ‘Beat Hotel’ in Paris, roughly from 1958 to 1963.” Brion Gysin, The Third Mind

By the mid-1950s, the Beat Generation had made a name for itself in America as an underground movement. Jack Kerouac and Allen Ginsberg kept company with major writers involved in the San Francisco Renaissance, and Ginsberg’s incantatory poem, ‘Howl’ garnered notoriety when its publisher, Lawrence Ferlinghetti, was arrested on obscenity charges. When a handful of Beats arrived in Paris, France in the fall of 1957, they checked into a bohemian hotel at 9, rue Gît-le-Cœur. It was there that William S. Burroughs honed his cut-up technique. The Beat Generation’s practice was not limited to writing; it embraced other art forms including painting, performance and film. This book group considers three of the Beat Generation’s leading writers’ formative years in Paris as well as the profound influence the city exerted on their lives and work. 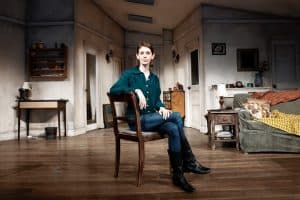 Description: Reading plays and talking about them afterwards is a worthwhile way to learn about characters and their dilemmas, the human condition in general, and problems in a particular society or culture. Using our imagination, we can picture what is happening on stage and appreciate a story that is well-told through dialogue.

In this group, we will read and discuss award-winning American or British plays, most of which are available online as PDF’s and/or which the instructor will send out. If time permits during the session, we will also read out-loud some memorable scenes. 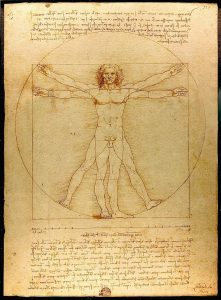 Description: Our long-standing non-fiction group, now beginning its tenth year, continues into 2022. We frequently focus on science and technology and their effects on society. This year we will focus on how geography and culture impacted our past and skew our views about the future. We start with a selection of books on the history of civilization and human geography. In the context of climate change, we then explore how differing moral philosophies propose to deal with and live with the impacts of this change.  Finally, we look to evolutionary psychologist Stephan Pinker for a reassuring view of the progress of human society toward global enlightenment.

Conclusion 2022: Everything is Going to Be OK! 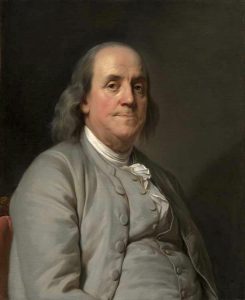 Description: This book group focuses on non-fiction works exploring French and American history, and the many mutual influences our two countries have had on each other. After delving into the history and culture of the 1930s in 2020–2021, the group will explore this same period from slightly different angles in 2021–2022.

In the fall, we will focus on  “tandems”, figures whose intense connections of different types (couples, friends, mentor/mentee, antagonists…) influenced history. Each member of these tandems brought different, often conflicting viewpoints to the issues of the day. The evolution of their perspectives and actions cannot be completely separated from their personal relationships with their “partners.” We will read three highly-acclaimed works: 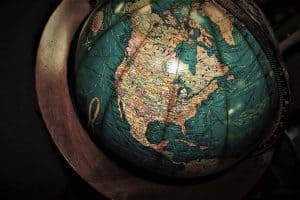 Strangers in a Strange Land (To be waitlisted, please contact mccrum@americanlibraryinparis.org).

Description: Why do people take challenging journeys into the unknown? Deliberate flight from the unbearable? Pursuit of a dream? Or perhaps they have been swept, against their will, onto life-changing paths. Whatever the scenario, there is always a story to tell. Our group focuses on novels where protagonists are geographically and/or spiritually far from home, on what has prompted the journey and on how the new land shapes their lives. 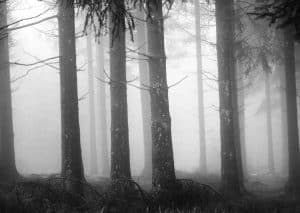 Description: The Mystery Book Group, like Raymond Chandler, believes “murder is serious business.” Book selections are chosen monthly and range from the classics of the genre’s Golden Age to contemporary disturbing and dark crime fiction and non-fiction. We like to discuss works which challenge the boundaries of the mystery novel. Our selections for discussion do not include cozies, nor do we choose books where the crime is solved by a domestic animal. 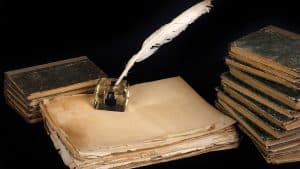 Description: In its 15th year, the Memoir Book Group boasts of being perhaps the only original group still meeting and comprised of virtually the same members since the inception of the Library’s program many years ago! As our group’s name implies, we read memoirs and follow a rigorous formula of research and presentations by each member of our group. For our 10th anniversary, we edited a booklet of all of the books we’ve studied, including the hundreds of “almost-reads” over the years. 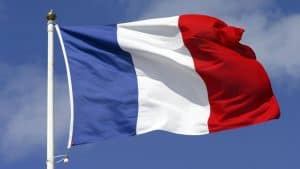 Description: We read contemporary French fiction as yet untranslated into English. Once each term we also pick a 20th Century French classic to read. Together our group chooses books from the new French novels which come out in September each year. We decide the titles by a vote each quarter.

We also invite some of the authors when possible, and we regularly organize theatre outings to see new French plays.

Description: Examining America today through diverse books on the decline and death of democracy globally and the birth and rise of autocrats at home and abroad.

Description: There is no better way to tackle Marcel Proust’s masterpiece, In Search of Lost Time, than in the company of fellow enthusiasts reading with all deliberate speed and probing its multiple layers and meanings together. This fall, we are beginning Volume V, entitled The Captive, or La prisonnière. Reading is in French or English. Discussions in English.