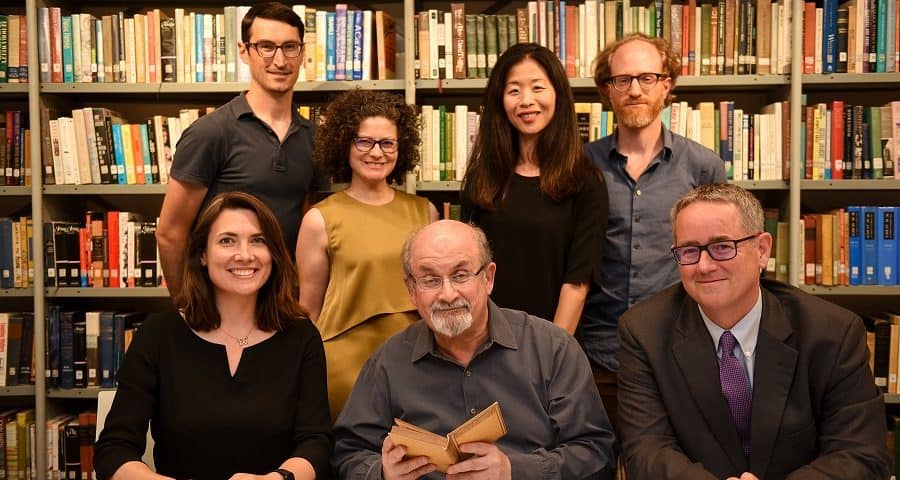 For the last year or so, I’ve had the honor to be the director of the American Library in Paris. It is a terrific institution, representing both the old and the new, a great Paris literary tradition, and a promising future of civic and intellectual engagement. Its staff is supremely dedicated, its membership active and growing, its board of trustees and donors invested in the future of the Library. At the end of the summer, I’ll be moving on. After a lifetime working in diplomacy, I continue to feel the pull of the policy world, and I plan to return to that. Starting in the fall, I will teach, write, and comment on current events and international affairs. I won’t be going far, and will remain involved with the Library.

I will be passing the baton to Library deputy director Audrey Chapuis. She will be a great leader for the Library. She brings a wealth of expertise to the position. She knows the American Library in Paris and, more importantly, knows where she wants to take it. I look forward to seeing you at the Library in the future.

Chapuis on the starting blocks

Audrey Chapuis will begin her tenure as director when Jeff Hawkins departs. Audrey has been an integral part of the Library team for four years, and has been working in libraries for close to twenty, most notably at Widener Library in the Harvard College Library system and the Pritzker Legal Research Center at the Northwestern University School of Law, where she was head of the Access Services department. She received her Master’s in Library and Information Science from the University of Illinois in 2006 and her ALB in Extension Studies, cum laude (English and American Literature and Language), from Harvard University. She plans to work closely with the Library board, staff, and wider community as the institution moves with momentum towards its centennial in 2020.

A message from board chairman Luis Roth

The American Library in Paris is lucky to have dedicated staff members, talented volunteers, and loyal supporters. Overseeing it all, keeping the institution running smoothly and representing the Library to the outside world, is the Library director. I want to thank Jeff Hawkins for filling this demanding post for the past year with energy and passion. After a long and successful career in the U.S. State Department, Jeff jumped into the director’s role enthusiastically. He has helped to raise our profile in Paris and has carried on our mission as a library that is engaging, creative, and vibrant. I and the rest of the board of trustees have enjoyed working with Jeff to further the Library’s aims, and we are grateful for all he has done. Jeff has accepted an invitation to join the Library’s Advisory Council, so we will continue to benefit from his advice and friendship in the years to come. Some of you already know our deputy director, Audrey Chapuis, who has been at the Library for several years and has worked closely with Jeff on all of our major projects during the last year. The Board is pleased to see that we have in Audrey the ideal candidate to step into the director’s role at the rentrée. Please join me in welcoming Audrey and wishing her (and the Library) much success.