The Library is pleased to present the Culture Picks for the month of May, thanks to the arduous research of volunteer Mike Duffy. Our Picks this month an exhibition on the Russain avant-garde artists, a retrospective on Delacroix, and 100 years of tapestry.

Near the start and at the end of the exhibition Chagall, Lissitzky, Malévitch — The Russian Avant-Garde in Vitebsk at the Pompidou Center are wonderful, even wondrous, paintings by Marc Chagall. In bright colors, his magical, mystical presentation shows his happiness in finding love in marriage to Bella whose rather modern portrait, Bella Wearing a White Collar,  introduces us to her, while the painting of the wedded couple Au-dessus de la ville includes a smiling Chagall in a familiar, if fantastic, presentation of his life in his hometown.  Trapped in what was then Russia during World War I and choosing to stay there after the Revolution as head of a new, free art school open to everyone, Chagall brought together an amazing set of Russian artists who committed themselves and their students to an abstract art opposed to that of Chagall whom they overthrew and later condemned as “old fashioned.”

Indeed, the Revolution boosted all things “new” and these artists believed that there would be a new society and new art leading to a new world. Minimalists before there was Minimalism as an art movement, they rejected representations of people and nature in favor of geometric abstraction — circles, squares, lines, color presented flat on canvas or in three-dimensional Architectones which are forerunners of the functional style of architecture of Le Corbusier and Frank Lloyd Wright. In his Supremacist Manifesto, Kasimir Malévitch, the leader of this avant-garde group, stated, “Painters should abandon subject-matter and objects if they wish to be pure painters.” This exhibition brings rarely seen examples of Malévitch and his disciples following that admonition.

Two other streams of post-Revolution art, though, percolated through those associated with the school in Vitebsk. First, art in direct service to the Communist cause burst forth in posters, parades and pageants; David Iakersxon’s dramatic work along with photographs of  street banners and even painted trams celebrated the freedoms brought by the Communist Revolution. Another post-Revolution tendency is expressed in practical art such as designs for theaters, including décor, curtains, sets and costumes. See the pages of a children’s book by El Lissitzky for examples of the first modern typographical experimentation. These two types of art were influenced by the modern approach but ignored the call to “pure painting”  to be of service to the Revolution and to the people.

Many artists who left Russia or what became the USSR like Chagall are well-known, yet many great works by others who remained are less known because their works were later rejected by the Soviets and are now in collections throughout post-USSR nations. This exhibition is an amazing opportunity to explore the stunning rationality of Russian avant-garde abstraction, the energy  and freedom that artists found following the Revolution, and, of course, the exuberance of Marc Chagall. 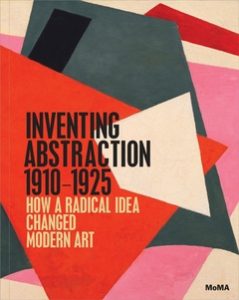 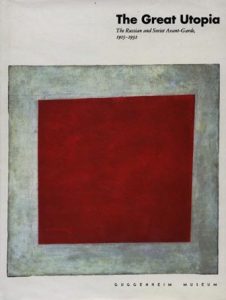 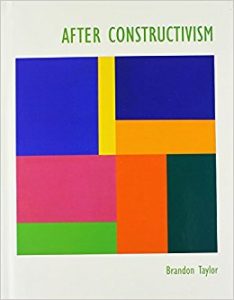 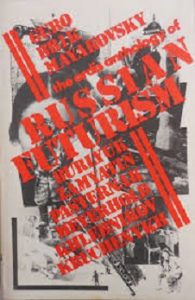 In The Thread of a Century, 1918-2018, we see a quintessentially French combination: devotion to tradition and willingness to undertake grand artistic experiments. Taking the end of World War I as its starting point, this exhibition of nearly 100 works captures a century of profound disruptions — societal, artistic, technological — through the fascinating and continuous reinvention of the art of tapestry by the skilled weavers at the National Workshops of Gobelins, Beauvais, La Savonnerie and Aubusson, who still create tapestries, thread by thread, today as has been done for almost 400 years in Paris.

The artists of Les Gobelins, for example, worked with a photograph of a Picasso collage made of torn pieces of wallpaper to create Les femmes à leur toilette (1969). They needed to use 89 colors of thread and then at Picasso’s request also made a black and white image corresponding to the design prepared to make the tapestry. Here we can see a great artist working with great artist-weavers to use a new source, the photograph, of another new source, a collage, to create two distinct Cubist images which together play with the use of color. Collaboration with celebrated artists such as Derain, Matisse and Denis and experimentation with colors, materials, sizes and shapes by the tapestry artists are on display throughout this exhibition.

As with other 20th century art forms, tapestry attempted to capture movement and energy both abstractly and figuratively. Compare the brightly colored circles of Sonia Delaunay’s Rythmes couleurs ou Panneau F3 (1974-1975), which continued her more than 60 year career of capturing motion through color not only in painting but also in textiles and clothing, to La Baie de Sainte-Adresse (1968), based on a 1920s painting by Raoul Dufy, in which you can feel the movement of waves and the human figures. Then look at the dynamic, completely abstract tapestry P 167 – 109,  (1971-1972), based on work by Hans Hartung and the beautiful tones and calligraphic motion of Tapis, 1990-1992, by Zao Wou-Ki. These works span and capture the century.

Amidst the wonders and whimsy of the century, we also see depictions of canon and aircraft from World War I, as well as the display of long-kept-out-of-view tapestries made at the order of the Nazis and the Vichy government during the Occupation. In the final tapestry, created this year, you really see the brushwork of the artist Alain Séchas in Une carte du Japon (2018). The artisans of Les Gobelins created new colors and mixed wool and silk to capture the texture and sheen of paint, reinvigorating this age-old art form, giving us once again a tapestry masterpiece. 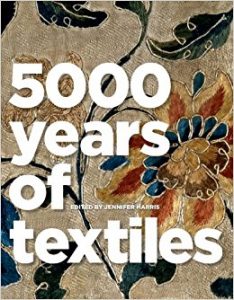 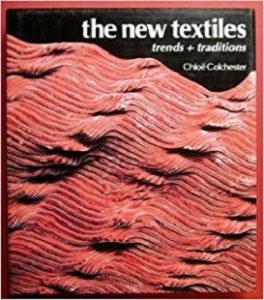 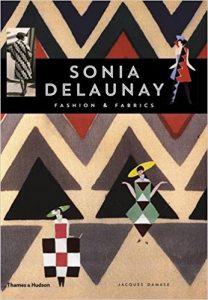 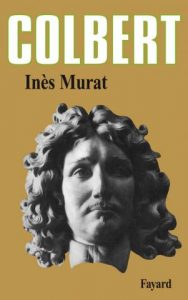 Hailed as the greatest of the Romantic painters and looking like it in his early self-portrait which greets you at the start of this grand exhibition, Eugène Delacroix denied the Romantic labelling and insisted that he was a Classicist. He may best be described, as he is by Anita Brookner, as a Romantic Classicist and what may be his most public works today illustrate this divided profile.  Now recognized by all, his Liberty Leading the People (1831) portrays a some-what classical female figure leading the assembled Parisians against the last of the Bourbon kings, but after its creation, the government closeted the painting for eight years, deeming it too inflammatory. The other two easily viewed works are in locations open to the public which pleased Delacroix because they would always be on display in Paris. First, the ceiling of the Galerie d’Apollon in the Louvre (1850s) is a great work of classical themes in a romantic style. Second, the tremendous wall paintings from the 1850s in the first chapel on the right in the Church of Saint Sulpice include the twisting body of Jacob fighting the angel and highlight Delacroix’s move to religious themes (classical) but display energy and movement not seen in classical works. Neither of these latter works can be in this exhibition, but sketches and studies for each are on display and the Saint Sulpice paintings have very recently been beautifully restored and are well worth a visit to the church in the 6th Arrondissement.

Delacroix’s depicts classical, historical and literary scenes, not unlike the classical painters who trained him and who dominated the start of the era, but his revolutionary use of color and light as well as the twisting movements of his figures make his paintings burst out of traditional framing and directly confront the viewer.  In his first work to gain recognition, Barque of Dante (1822), the tormented, dying and dead figures floating in the river Styx on their way to hell announce that writhing, naked flesh would populate his works for decades. Throughout his career, his figures will show the influence of Michelangelo and Rubens with big, muscular Mannerist men and fleshy reclining women, often in painful, grotesque situations, as in the Death of Sardanapalus (1827) in which one woman is about to have her head cut off while another pleads vainly for succor. Many of Delacroix’s works involve victims in pain with blood spilling from wounds but showing lots of flesh in ways that evoke the very Romantic view of the exciting admixture of pleasure and pain. Delacroix’s well-known horses, tigers and lions also twist and lunge in fear or pain or are attacking or devouring other animals. Sinister, dark forces drive human and animal actors throughout. In one painting a playful tiger cub seems oblivious to his mother’s stern gaze and determined jaw and the viewer sees both beautiful and terrible nature.

Among the 180 works in this exhibition, there is a myriad of sketches, studies and truly marvelous pages from the notebooks Delacroix kept during an 1832 trip to Algeria and Morocco. More surprising, though, are the wonderful watercolors, very skillful lithographs, and truly beautiful floral still lives — all of which would justify exhibitions on their own.

Delacroix influenced several generations of French painters through his dramatic use of color, his portrayal of light and his introduction of dynamism into the rather static work of the established artists of his day; his journals and other writings, on display as well, magnified his influence when published after his death. With a true 19th Century understanding of unconscious  forces, Delacroix wrote that the soul of the painter communicates with the soul of the viewer. Now, 220 years after his birth, his works continue to engage, excite and challenge viewers’ souls in this outstanding exhibition at the Louvre. 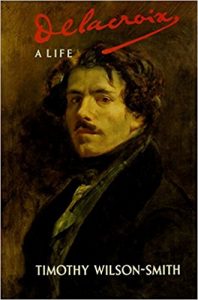 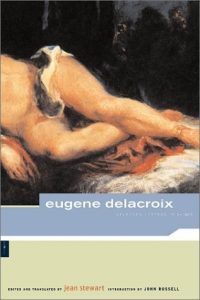 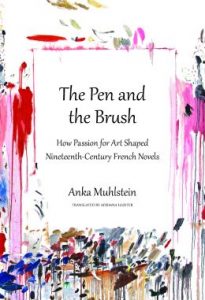 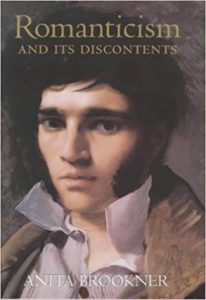 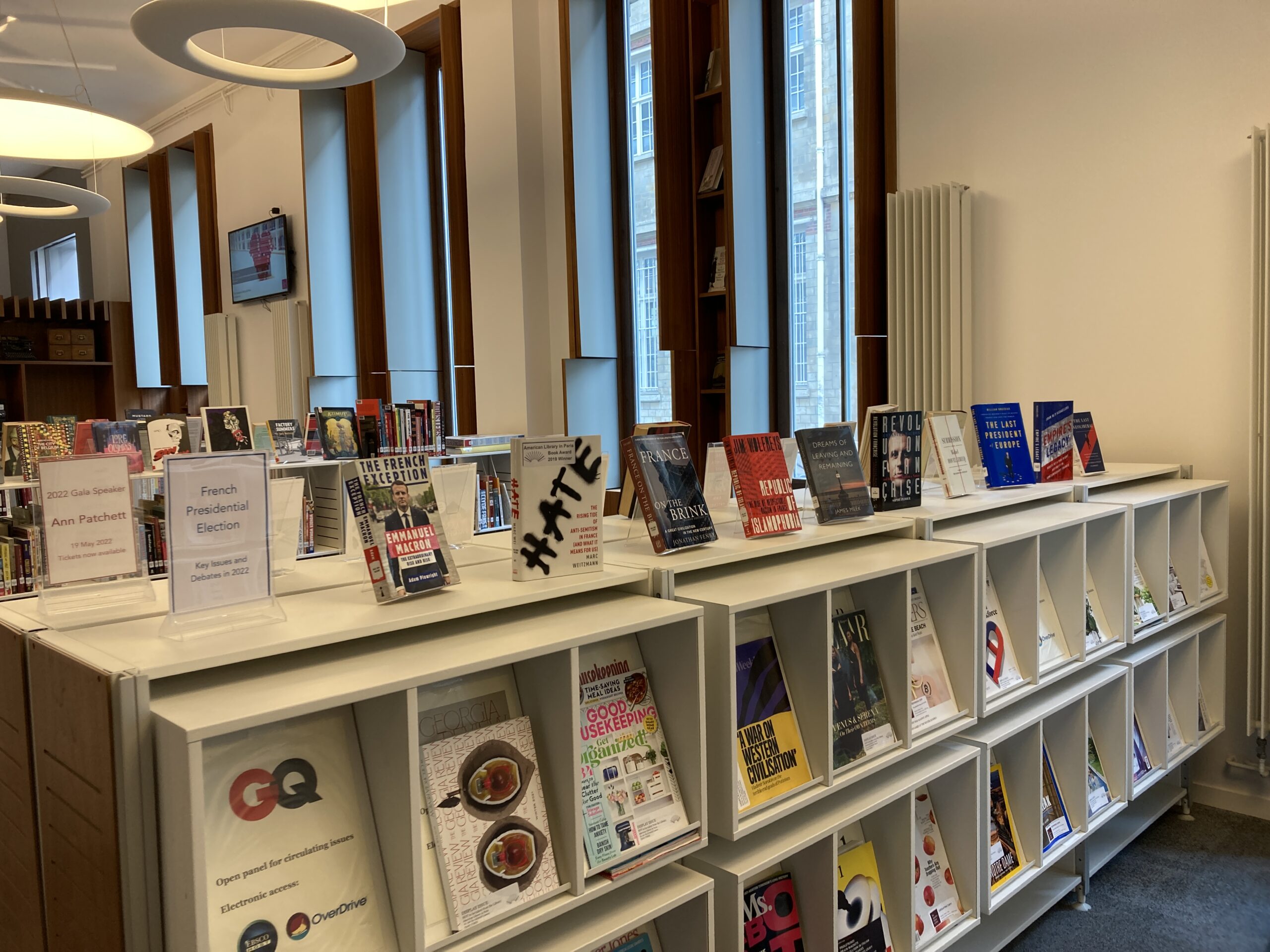