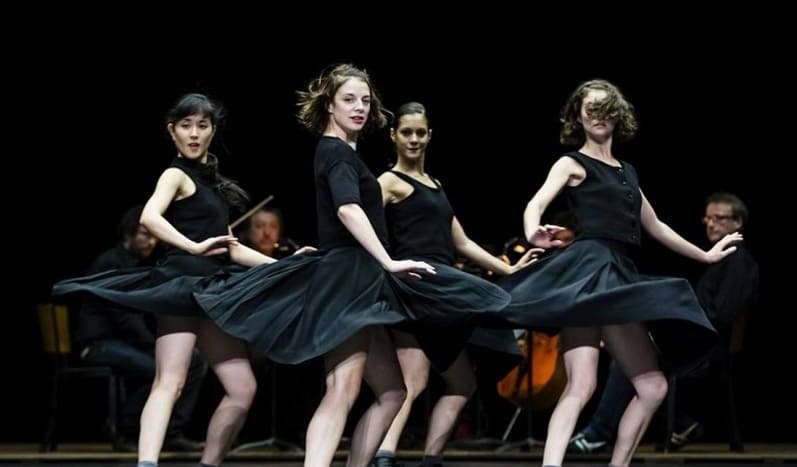 Belgian choreographer Anne Teresea de Keersmaeker is “Artist of the Season” at the Paris Opera Ballet Palais Garnier. While she is often referred to as the next Pina Bausch, de Keersemaeker, director of her thirty-year old company, Rosas, is very much her own choreographer with a body of works that are interdisciplinary and draw on gesture, everyday movement, music, mathematics and architecture, perhaps best exemplified in her groundbreaking 1983 work Rosas danst Rosas, an excerpt of which is worth this 8-minute viewing on YouTube. The Paris Opera Ballet will perform some early de Keersmaeker works which illustrate the choreographer’s unique and complex interpretations of music, in this case classical music with the program comprised of works set to Bartók, Beethoven and Schönberg.

Sasha Waltz, the German choreographer and director of Sasha Waltz & Friends and artistic director of Staatsballet Berlin has made a name for herself in the international world of dance as a leading figure of dance theater—a genre of dance that incorporates elements of theater, text, movement, performance art and is often presented in a series of vignettes. Waltz’s rendition of Romeo and Juliet staged on the dancers of the Paris Opera Ballet is sure to be an intense, visceral interpretation of the classic, set to Berlioz’s romantic score. Romeo and Juliet runs through May 4th at the Paris Opera, Bastille.

Benjamin Millepied is not just Natalie Portman’s husband. Former principal dancer with New York City Ballet and former director of the Paris Opera Ballet, the Bordeaux-born and Lyon-trained dancer is a choreographer, filmmaker and director of the L.A. Dance Project, which will perform works by Millepied and Israeli choreographer Ohad Naharin. These performances mark Millepied’s return to Paris after his departure from the Paris Opera Ballet.