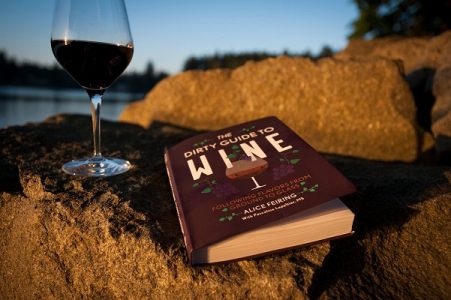 An Interview with Alice Feiring

Author Alice Feiring will speak at the Library on Wednesday 7 February at 19h30 about natural and biodynamic wines and how they differ from conventional wines and the wine-making process. We asked her a few questions here:

What is an early memory of yours of reading or being at a library?

We had just moved out to Long Island from Brooklyn.  I was probably about four. And very tiny. It was just before they broke ground for the new library to be built, but the old one was two-floor affair that had been a general store at around 1900. I can’t remember my first time–but I do know we had a ritual of going to the library on Friday to pick up weekend reading, even if a year before I could really read it meant sitting on my mother’s lap as she read to me.I immediately loved the musty smell and the hushed tones and the overwhelming idea that there were all of these books to experience. Libraries have always been emotional.

I was lucky enough to cut my teeth on the traditional stuff which was pretty much natural, and somehow my natural tastes tended wot organic viticulture and low So2, even though I didn’t know it at the time—until it was gone. As Baldo Cappellano said, “The more there’s fake the more we need real.”  In 2001 I was tasting so many wines for a book I was writing I realized the traditional wines of the world were disappearing and were replaced with zombies. Trying to discover why and how lead me through the looking glass of wine manipulation and into the new generation of wines made naturally. In short, I became a whistle blower.