Great reads in 2013 by Library staff

Why graphic novels matter
As part of the Library’s exhibit Art as Story: Celebrating the Graphic Novel, currently on display through 2 February 2014, we are exploring this literary medium from many perspectives. The interview featured here is with Beck Prigot, a student at Trinity College and a former intern at the Library, who has been avidly reading comics and graphic novels since she was a kid. 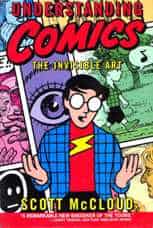 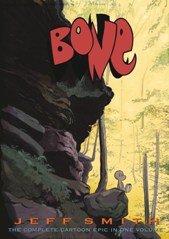 When did you first become interested in graphic novels?
I’d always been interested in comic books. I remember reading my dad’s copies of The Smithsonian Collection of Newspaper Comics and The Smithsonian Collection of Comic Book Comics when I was a kid, so getting interested in graphic novels wasn’t much of a shift. The strange thing is, I think I got into what I’d call “graphic novel theory” before I really got into the novels themselves. I read Scott McCloud’s Understanding Comics shortly before I read my first graphic novel and I think I was about 10 or 11. But that first graphic novel – Part 1 of Jeff Smith’s Bone series – opened my eyes to the genre’s potential. It wasn’t a story about Superman, or Batman, or even Blondie or the Katzenjammer Kids. Sure, it looked like the comic books and strips that I read, but its plot wasn’t the simple, laugh-a-day stuff that I had seen before. It was the story of someone going on (what I hoped was) an epic journey. I couldn’t get into Tolkien – I felt like it was too dense for me – but Bone was accessible. Fone Bone’s everyman-ness (his character design is very simple and one might call him a walking open canvas) meant that I could easily jump into his journey.

Have you seen a change in perception or popularity in graphic novels over the past several years?

Definitely. More schools and libraries are promoting graphic novels as valid reading material. The genre isn’t seen as being just for “kids or nerds” anymore (though there are still naysayers, of course, and there should be more discussions about how it’s still a male-dominated genre).

What do you think caused this upsurge (or downturn)?
More authors putting their work out there, combined with the film adaptation of Watchmen. Watchmen‘s a deconstruction of the superhero genre, so I think that after seeing the film, people read it and realized “hey, here’s something that looks like a comic book, but its subject matter is darker/more intellectual.” But even before then, comic books had taken a turn for the “darker and edgier” (and therefore more introspective); they were becoming less “comic” and more “book.” (I feel like The Dark Knight Returns is what sparked that movement, though that’s my opinion!)
Why do you feel that graphic novels are an important literary genre – why do they matter?
They add a certain accessibility to novels (or other works) that we might not otherwise read. Take adaptations of older works (e.g., Gareth Hinds’s The Odyssey). Sure, graphic novels might not provide the same introspective passages that the original piece contains. But reading the graphic novel version is a way to get its foot in your mental door – you know the plot (and how one person interpreted it), and now you can delve deeper into the work itself. Regardless of whether a graphic novel is an adaptation or not, though, I’d still say it makes the story more accessible. This may sound weird, but I’d compare it to watching a film. You’ve got your images that tell a story, you’ve got your commentary on the story (the dialogue panels); it’s up to you to immerse yourself in the story. I also think that with graphic novels, there’s a good opportunity for crossover with regards to criticism of a certain work. You can apply literary theory for the text, and art theory for the panels, since every panel’s design is deliberate.
What graphic novels do you highly recommend?
Jeff Smith’s Bone – How could I not recommend this? It was the first graphic novel I ever read, and it’s the graphic novel to which I’ll keep coming back. The artwork may be simple at first, but don’t let that fool you – the plot is anything but. It’s a good introduction to “the hero’s journey” for your kids, and an overall good read for you.
Art Spiegelman’s Maus – This is probably an obvious statement, but Maus is a good example of how graphic novels aren’t always light-hearted or quick reads. It’s depressing, and you have to pace yourself in order to read it properly, and I mean both of those as compliments. I can’t call it beautiful, due to its subject matter. But I will say that Spiegelmen knows how to tell a story that’ll hit you right in the heart. I’d also recommend Spiegelman’s In the Shadow of No Towers, about the September 11, 2001 attacks, which is a little more comic book-like in terms of style, but just as serious as Maus.
Will Eisner’s Contract with God – It’s not as lengthy as Maus or Bone, but there’s a complex thread among all of its stories that gently guides you into re-reading in order to understand. There’s a unique beauty to Eisner’s artwork that makes me wistful for no apparent reason. I’d also like to recommend Eisner’s Fagan the Jew, an alternate look on Dickens’s stereotypical character.
Shaun Tan’s The Arrival – Although it’s completely dialogue-free, that only serves to emphasize the strangeness that the main character experiences as an emigrant to an otherworldly country. It’s not a tough read as I think it was originally written for young adults, but it’s definitely not dumbed-down. It’s got elegant sepia-toned art, and its design draws the reader in.
The exhibit Art as Story: Celebrating the Graphic Novel will be on display from 10 December 2013 to 2 February 2014. Access to exhibit is free for Library members, as well as to users with a day or week pass. Visit the membership page for details.