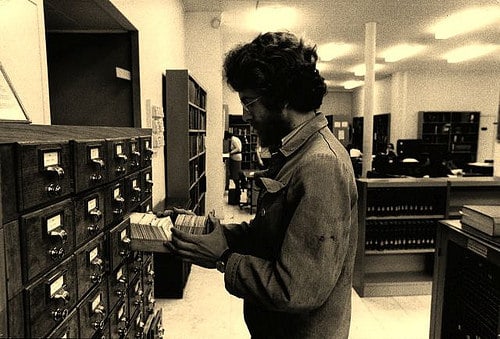 Patron using the card catalog of the Library in 1975.

After the donation of a computer by IBM in 1984, the Library acquires in the subsequent years many new devices to automate library work. In 1989, on the verge of a new era, the Library starts using computers for cataloguing and circulation of the collection.