Nadia Boulanger’s books are given to the American Library 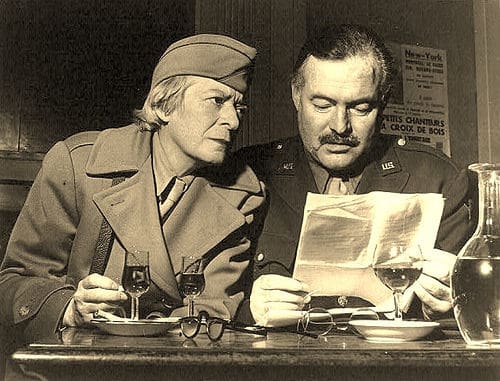 Janet Flanner and Ernest Hemingway, circa 1944. Both were U.S. Army war correspondents during the liberation of Paris.

French correspondent of The New Yorker from 1925 to 1975, where she wrote her Letter from Parisunder the pen name Genêt, Flanner was a symbol of the American literary expatriate life in Paris. Many of the books in her collection are filled with hand-written notes which she later used to write her book reviews. Her collection was given to the Library in 1983 by the executor of Flanner’s late partner, Noel Haskins Murphy.