Opening of the English-language Library in Angers 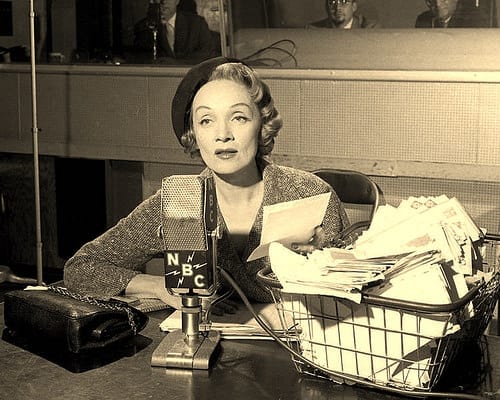 Simon Gallo, then head of the collections department, recalls the event: “When she died, her grandson, Peter Riva, called the Library, saying that he had 1700 books that belonged to Marlene Dietrich. The next day, a moving truck arrived with the whole set of books.” Dietrich had the habit of writing in her books, sometimes making funny or angry comments in the margins. Read more and see her marginalia in this New Yorker magazine article.