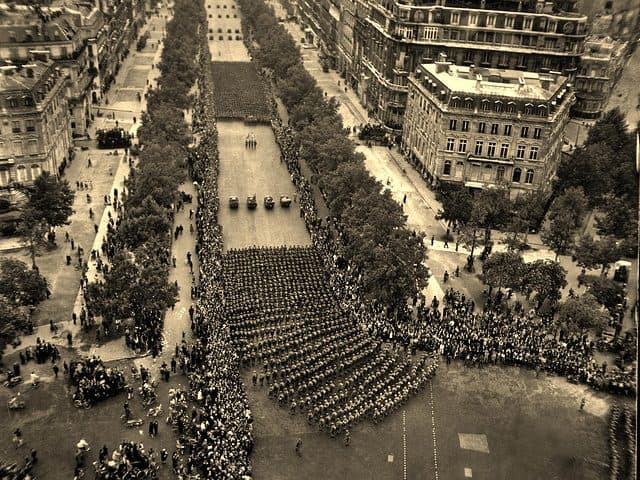 29 August 1944. Parisians line the Champs-Elysées to cheer the massed infantry units of the American army as they march in review towards the Arc de Triomphe, celebrating the Liberation of Paris.

Milton E. Lord, director of the Boston Public Library, is asked to take over the direction of the American Library, fearing Chambrun’s connection with the Vichy regime might imperil the Library. No charge is brought against Chambrun and her son, and she denies the allegations of being a collaborationist. She argues her case in her second memoir Shadows Lengthen, published in 1949.