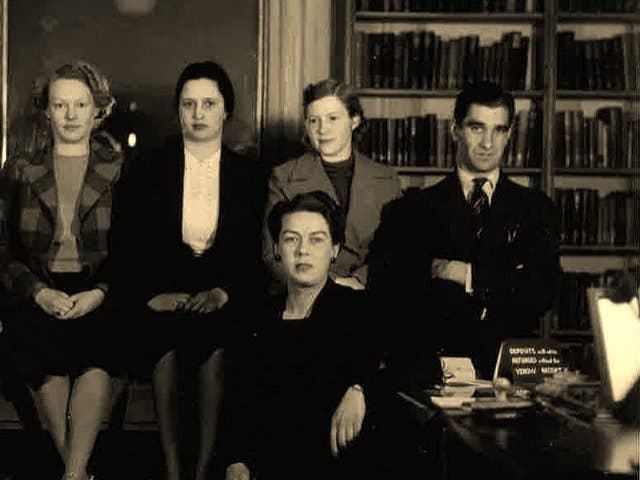 Members of the staff with Boris Netchaeff.

Boris Netchaeff, then senior librarian of the American Library, is shot in the lung for not raising his hands quickly enough when being arrested. He is imprisoned and later released.