The American College in Paris

Publication of the first issue of a monthly magazine, The Paris Observer 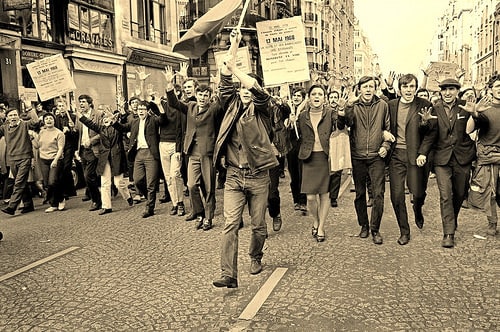 Students and workers demonstrating on rue Beaubourg, 13 May 1968.

While massive civil unrest led by students and workers paralyzes parts of France, and especially Paris, the American Library is perhaps the only library open in the city. Public transportation is shut down and protests come close to the Champ de Mars nearby.