Nadia Boulanger’s books are given to the American Library

Publication of the first issue of a monthly magazine, The Paris Observer 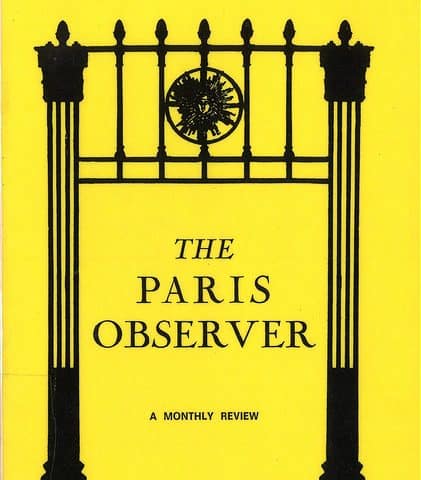 Cover of the first issue of The Paris Observer, published in June 1972.

The Paris Observer is published by American Library, with Alice-Leone Moats as editor. The goal of this English-language magazine is to give American residents and tourists insight into Paris’s cultural heritage. However, the magazine is short-lived and ceases publication after six issues (June to December 1972).