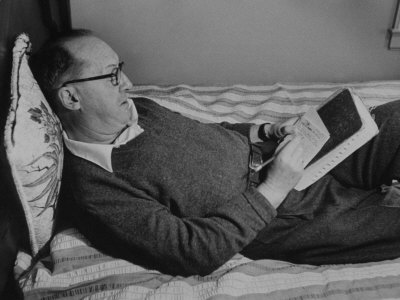 Vladimir Nabokov wrote his famous novel as he was touring the U.S. with his wife Véra to research butterflies in their natural environment. This is why motels, highways, and small-town America are so vividly portrayed in the book. He began writing Lolita in 1948, but started submitting it to publishers only in 1954. It was indeed not an easy task to find the convincing voice of such a character as madman and nympholept Humbert Humbert. Nabokov was often overtaken by discouragement, as the tensions rising from the intricate conjunction of poetic and ethical issues were thorny to put into words. It is Véra who saved the manuscript from the backyard incinerator a couple of times.

Throughout the years, and mostly because the novel is written in the first-person, Nabokov was obliged to repeat that he was not Humbert Humbert, that he was not a pedophile, and that he did not know much about little girls and female teenagers. As a matter of fact, he had to conduct a lot of research to write his book. The Lolita manuscript was unfortunately lost, but some of his preparatory work survived. Those index cards show how minutely Nabokov documented himself to obtain accurate material for his novel. Since he had been living in the US for only five years, Nabokov was still discovering America and still exercised his newcomer’s eye on the 1950s society around him.

The Lolita research index cards kept at the Library of Congress thus present notes and drawings on the functioning of guns, or quotes from teen or popular magazines such as Movie Teen, Miss America, Movie Love, which enabled the author to be acquainted with American teenagers’ interests, the objects that surround them, and more importantly for a novelist, with their language. To create Lolita’s idiom, Nabokov would even take notes as he rode streetcars and listened to teenagers’ conversations.

In the research he conducted for Lolita, Nabokov took many notes on the anatomic measurements of female adolescents, and on the biological evolution of their bodies (appearance of pubic and armpit hair, breast development, and menstruation). He thus copied down “the weight-height-age table for girls of school age”, or measurements taken from Basic Body Measurements of School Age Children (U.S. Department of Health and Education, prepared by W. Edgar Martin), which he had borrowed from the Cornell University Library.

Nabokov explained that when starting a book, he had the whole work mapped out in his mind, and that he would gradually fill in the gaps by writing on the cards, but not necessarily in the book’s order. Actually, when one examines his manuscripts, kept at the Berg Collection in the New York Public Library and the Manuscript Division of the Library of Congress, one can see that he would often re-order them. This writing method accounts for the intricately patterned nature of his novels. Since he was not writing his works starting with the first word and finishing with the last one, he could easily insert new passages, add a reference, or amend his work to create thematic motifs that run through the pages.

Marie C. Bouchet holds a doctoral degree in American Literature and is Lecturer at the University of Toulouse II-Le Mirail, where she teaches American literature. Her current research focuses on hybrid forms of contemporary art, including the adaptation of an imaginary opera of Lolita by Joshua Fineberg (created in 2008), which combined acoustic and electronic music , theater, dance and video art.

The Library is celebrating the 60th anniversary of the publication of Lolita with a special exhibition on display through 18 October 2015.