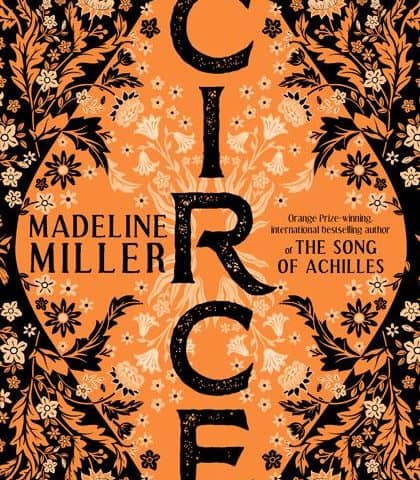 Greek myths remain relevant as we always relate to the themes that make these stories universal, passing down lessons from one generation to the next. In this blog I recapitulate the most recent books on this subject: there is a beautiful literary essay about the Odyssey and some recent takes on Greek mythology that have a feminist approach.

These modern takes give power and agency to women for the first time. Female characters like Circe, Clytemnestra, Medea and the prisoners of the Troy war are given their own voice letting us hear another side of the story that illuminates details that would otherwise have not been noticed before.

An Odyssey, a father, a son and an epic, by Daniel Mendelsohn

In this mix of memoir, travel book and literary essay the author, a classicist teacher, shares two events that emanate from the Odyssey. One is the account of a year teaching an undergraduate course about this poem, and the other is a Mediterranean cruise at the end of that year that retraced the mythical voyage of Odysseus. His father, an 81-year-old man was present in both experiences, and through a close reading of the different themes of the epic, Mendelsohn tells us about his relationships with his family, mentors and students.

His father, a retired scientist asked to join his son’s class with the promise to keep a low profile. Instead he was highly disruptive, embarrassing his son and bringing up hilarious moments with his interventions. Whereas the teacher presented Odysseus as a hero and his relationship with Penelope as an ideal marriage, his father saw a weepy, violent and adulterous man who did not deserve to be called a hero with all the help he got from the gods. The students certainly got a broader vision of the poem through these exchanges. So did I.

This is a beautiful book about the relationship between fathers and sons. This is a very rewarding and moving read, emotional and intellectual at the same time.  I was deeply touched by the way the author matches with honesty his personal life with key moments of the Odyssey.

Circe is the famous witch from Homer’s Odyssey well known for turning men into pigs and who invites Odysseus to be her lover and to stay with her for one year in her island of Aiaia.

In this take on Greek mythology, the author brings Circe to the forefront giving a modern and feminist twist to the myth, turning the tale of female subjugation into a story of empowerment.

In Homer’s story, Odysseus is immune to the witch’s spells and he tries to subdue her by pulling out his sword with Circe falling to her knees and screaming for mercy. In Miller’s approach, Circe finds her own voice and tells us how she had heard a song where she was portrayed as an undone witch, and she says with some detachment how “Humbling women seems to me a chief pastime of poets. As if there can be no story unless we crawl and weep”.

We are offered a new perspective that recasts Circe the vilified and malignant witch, into a sympathetic and compassionate woman who learns to face loneliness, love and motherhood.

Even though the story might be sentimental sometimes, this is an accomplished story on gods, heroes, magic, monsters, survival and transformation. The prose is beautiful, the characters are vivid and there is enough suspense. The author weaves different stories and it is a delight to encounter other mythical figures like Prometheus, Scylla, Hermes, Daedalus and his son Icarus, Ariadne, the Minotaur and Jason among others.

The silence of the girls, Pat Barker

In the Iliad the fall of Troy is the end of the story for the warriors but for the captured women it is the start of a new story. And in this book Pat Barker presents us this poem narrated through the captured women’s eyes.

The narrator is Briseis, a queen captured and awarded to Achilles at the end of one battle. She becomes the center of the Iliad when Agamemnon demands that Briseis be handed over to him after he had to renounce his recent female acquisition, triggering Achilles’ rage which is the central theme of this epic.

In this novel the silenced women are given a voice and through their voices we learn what war does to women, how women were just things used by men during war to exert their power.

Even though I preferred the stronger voice of Circe, this feminine approach to the classic poem is relevant as through this new perspective we question who has the right to tell the story. The book is entertaining and through the retelling of the epic we revisit different key moments of the Iliad.

House of names, by Colm Toibin

Inspired by Aeschylus and Euripides, the Irish author Colm Toibin retells the tragedy of the house of Atreus where violence breeds further acts of violence: Agamemnon sacrifices his daughter Iphigenia to obtain favorable winds for his fleet on its way to Troy, then he is murdered by his wife Clytemnestra, who is murdered at her turn by her son Orestes, encouraged by his sister Electra.

The story is narrated in first person by Clytemnestra and Electra, and in third person by Orestes, each one telling part of the account. The author also brings about three main contributions offering us a new perspective on this tragedy.

The first, gods do not intervene in this book, and without he notions of fate and divine justice we get a humanized account as humans become agents and take responsibility for their actions. The second, is that it gives voice to the silenced women and thus we get to hear the distressed voices of the haunted ghost of Clytemnestra (who has suffered loss and humiliation) and of Electra (on her quest to avenge family wrongs) who speak in first person and tell their tale for the first time.  And last, the author creates a legend to explain what happened to Orestes who disappeared as a child after Iphigenia’s sacrifice and reappears later as a tormented man.

This is a beautiful book and Colm Toibin retells in a splendid and superb prose the cycle of violence that traps the Atreus family.

This book reinterprets Euripides’ Greek play Medea who was notorious for the murder of her own children. This is not a comfortable read and it is not for the faint-hearted. But the writing is beautiful, and we are invited to discover an alternative to the idea of Medea as a monster.

Vann’s story starts before Euripides’ play with Medea fleeing her home and father with Jason, the Argonauts and the Golden Fleece. With violent graphic descriptions we learn how Medea murders her brother to slow her father’s chase.

Jason and Medea manage to escape and have children, but at the end of the play Jason abandons Medea to marry Glauce. Abandoned and betrayed by her husband Medea displays violent revenge and, in this take, when her children face being killed by soldiers, she desperately kills them herself.

The story is told in third person through the eyes of Medea who turns against male power and patriarchal structures as she was rendered powerless in a world ruled by men.

The prose is both violent and beautiful, the sentences are very short and poetic. The author uses a few modern expressions and not many verbs. This is a take on Medea that wants to show her humanity and we are torn between sympathy when she faces losing everything and horror by her premeditated revenge which goes against the idea of civilization.

Finally, other books that I really loved are Home fire by the Women’s prize for fiction winner Kamila Shamsie who wrote a contemporary take on Antigone; Bakkhai, a modern translation of the story of Dionysus by the Canadian poet Anne Carson; and finally, the translation of The Odyssey by Emily Wilson which is the first English translation of this poem by a woman.