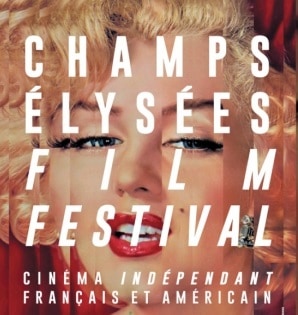 The 2019 Champs-Élysées Film Festival takes place from 18-25 June and showcasing the best of American and French independent film to a wide audience in Paris. Included in the program are film screenings, DJ concerts, and Masterclasses (with Debra Granik, Christopher Walken, and David Lowery). More than 80 films, including American and French feature-length films and short films, and 100 screenings will take place in all the theatres along the Champs-Élysées. The opening night film on Tuesday 18 June is the French comedy Yves directed by Benoît Forgeard, who will be present for the screening, along with cast members William Lebghil, Doria Tillier, Philippe Katerine, and Alka Balbir. The closing night film on 25 June is the American biographical film Will You Ever Forgive Me? directed by Marielle Heller.

Library members receive a V.I.P. discount for an All-Access Pass for the film festival by going to their ticketing service and typing in the code AMERICANLIBRARYPRIVILEGE. There will be ticket giveaways on the Library social media for a screening of your choice, so be sure to follow us on Facebook, Twitter, and Instagram.