Interview with Penelope Fletcher of the Red Wheelbarrow Bookstore

Why we love cookbooks

Books on social infrastructure and public spaces by Olga Ospina 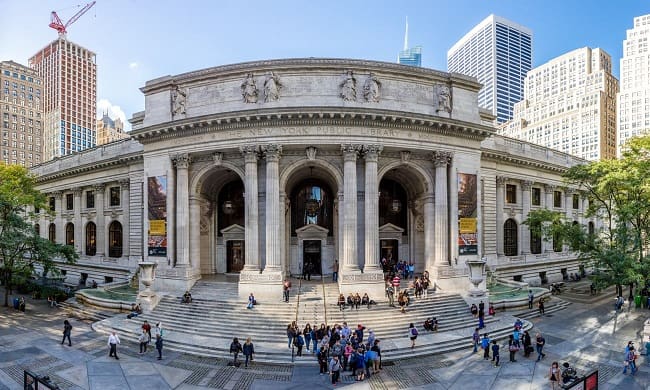 The books that I present in this blog advocate for the creation of public spaces that generate a place for social connection, community building and civic participation. Both books claim that places where casual interaction is a feature of everyday life is necessary to develop human connections that lead to stronger communities. The first book was written by a sociologist and the second narrates the life of architect Richard Rogers.

Palaces for the People: How Social Infrastructure Can Help Right Inequality, Polarization and the Decline of Civic Life by Eric Klinenberg 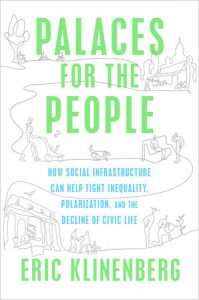 The title of this book was inspired by the phrase used by Andrew Carnegie to describe the libraries that he built across the world.

The author, a sociologist, studied years ago the significance of “Social Infrastructure” during the 1995 heat wave in Chicago and the importance of a robust community network to help the most vulnerable persons of society. During this crisis the relationship between social connections and health and longevity became apparent: communities with no cultural or economic differences but with high cohesive fabric fared better. The conclusion after these studies is that when hard infrastructure fails, it is the softer social infrastructure that can determine our fate.

But after this study, Eric Klinenberg started thinking in how local resources as libraries and community organizations affect people during ordinary times.

A robust social infrastructure fosters contact, mutual support, collaboration among friends and neighbours. These face to face interactions are seen as building blocks of public life: when people engage in sustained and recurrent interaction relationships grow. The defining criteria is the connection with another on a regular and informal basis.

But we live in fragmented, divided and conflicted societies where each group fends for itself. And this is where the author asserts that social infrastructure is essential to promote civic engagement and social interaction, places where all kinds of people can gather and discuss competing principles, a necessary exercise in our pluralistic societies. Harvard professor Michael Sandel has been claiming that we need to recover public spaces to discuss ethical questions and recommit to the common good and Robert Putnam exposed years ago the idea of collapse of community and diminished participation in civic organizations (Bowling alone).

This is an important book. The relevance of libraries is very well developed for their importance in holding us all together. The author gives specific examples and he develops extensively the impact of libraries in the lives of older people who can find activities where they mix with different generations having a huge impact in their lives, or teenagers that find a safe place to interact with each other. But he also highlights how vulnerable members of society suffer from overcrowded public transit, underperforming schools, closed libraries or libraries with reduced hours for lack of budget.

A Place For All People: Life, Architecture and the Fair Society by Richard Rogers with Richard Brown 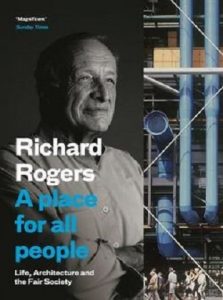 As explained by Eric Klinenberg, architecture plays an important role in the incorporation of social infrastructure so people can indulge in casual interaction. In A Place For All People, architect Richard Rogers advocates for public spaces and access to nature maintaining that they are human rights.

This book narrates Sir Richard Rogers’ career since the first steps, with a long emphasis on the design and construction of the Georges Pompidou museum with Renzo Piano. But throughout his book, the author exposes his vision of architecture as a way to structure cities with public spaces. For this urban thinker, architecture is both social and political where the best buildings seek to answer broader social questions. For him architecture shapes our lives, thus his designs also consider their social impact. He mentions many times that “good architecture civilises and bad architecture brutalises”.

His socially minded designs blend private use with public use, having an impact on civic life. His vision of designs where architecture and social justice meet are important to fight against inequality, one of his main concerns.

We find the same idea developed in the book Palaces For the People: that public spaces are important to activate citizenship. Public spaces are defined as the heart of a city that provide a place for civic life and for the meeting of people and the exchange of ideas. Sir Rogers was influenced by his friend Ronald Dworkin and his concerns for fairness and justice.

The memory is rich in anecdotes and the compilation of pictures, sketches and plans is beautiful. This is a highly readable book that presents a broad history of 20th century architecture.