My name is Brianna Gibson and I was the summer Advancement Intern here at the American Library in Paris. My duties include marketing and communications tasks. I have also assisted in organizing our digital archives. You can find me helping out at Evenings with an Author events as well. Outside of my work here, my interest lies within the theatrical setting. I joined the theatre community at my school about two years ago and it has been one of the best decisions in my life. From my experience in the theatre, I have found a few plays that are considered to be my favorites, though my list of favorites is always evolving as I find more amazing works. In this blog post, I will present you with four plays (all of which are classics) that I have thoroughly enjoyed over the past few years as a theatre student.

Our Town by Thornton Wilder
This very prominent play in theatre history came as a shock to me when I first read it. I did not expect to enjoy it as much as I did because of the mixed reviews of my classmates. Our Town, it seems, is centered on the daily routine that many individuals fall into in their daily lives. The ending of the play was the moment where I labeled it as one of my favorites, because it spoke about how people never truly appreciate what they have in the moment.

Waiting for Godot by Samuel Beckett
This original French tragicomedy was the play that made me fall in love with the theatre. Many critics of the piece suggest that this is a play where nothing happens. However, I believe that this is part of the beauty of this particular piece. Two men navigating conversation as they wait for this man named Godot, about whom they know very little, leaves us on the edge of our seats in both hope and despair as we empathize with the characters. The dialogue in this play is as captivating as it is tragic, but lends itself to comedic instances throughout both acts. Waiting for Godot is definitely one of those plays everyone should read at least once in their lives.

Top Girls by Caryl Churchill
This play quickly became one of my favorites after a class discussion on it. Centered on one particular character, this play navigates how much women have to give up to be a part of a man’s world. The non-linear play tells the story of Marlene, the head of an employment agency, and what she has given up to reach her successful position. Top Girls is a vital play that examines the roots of feminism and challenges how much agency a woman can achieve in a business setting.

‘Night Mother by Marsha Norman
‘Night Mother is one of my more recent reads and I couldn’t be more thrilled to have given this play a chance. If you are interested in reading plays about complex mother-daughter relationships and difficult issues, this might be the perfect play for you. ‘Night Mother tackles the difficult topic of suicide as the daughter admits to the mother that she will kill herself by the end of the night. Throughout the play, the relationship between the mother and daughter is put on display as the mother tries to understand why her daughter is so determined to end her life and attempts to change her daughter’s path before it’s too late. 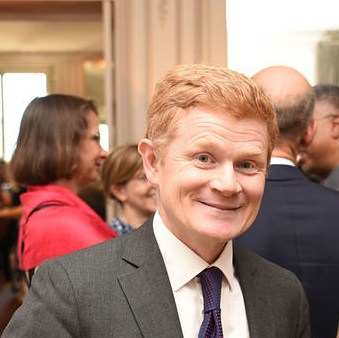