We invite you to read the story by Sophie Lou Chung, who won 1st place for 2nd Grade/ CE1 in the 2019 Young Authors Fiction Festival. We will be posting winning stories from the 2019 YAFF regularly for the next few months. Enjoy the stories!

My parents were astronauts. They became friends when they were training and fell in love when they were in space. My little sister Moomoomoolanga and I, Nunanulanga, were born on Mars. Sometimes my parents have to go off exploring and take notes, and they cannot always take us.

One day, we were playing in the spaceship while they were away. “Don’t push any buttons,” Mother said before she left. “Definitely not the red button,” Father said.

But we were having so much fun we forgot all about what they said. We were playing “Space rocks, space rocks, 3-2-1” when Mooomoomoolanga’s foot kicked the red button really hard by mistake (or maybe not). And bzzzzziiiiiiiiiiing! We were off.

“Am I dreaming?” I asked. We were going so fast my hair almost flew off.

“Did we crash or am I still dreaming?” asked Moomoomoolanga.

There were trees everywhere. We knew they were trees because our parents had shown us many photos from Earth on their rockspade phone. We have even seen photos of autumn leaves. My parents told us that trees grew from this little round thing called “seed”. So, were we in a forest, on Earth??

We didn’t know at first, but could this be the never-ending forest?! In every direction we went – left, right, even up, the forest never ended. When I climbed up a red tree, even after an hour, there was still so much on top of me I couldn’t see the tip.

“Strange,” I said, sliding back down to my sister, “Father taught me how to climb in a sleeping volcano in Venus. He said trees on earth would be super easy for me.”

“Maybe this is not Earth, then,” Moomoomoolanga said.

Just then we noticed a glowing baby star sleeping on the ground.

Moomoomoolanga approached the star, and said, “Hello! Do you know where we are? Are we in a never-ending forest? What’s your name?”

My sister didn’t listen (she never does), and she touched the star with her finger. The baby star opened one eye. And then another eye. And then a mouth. And then it said, “What are you doing here?” (It took us a moment to figure out that was what it said, because it had a funny voice.)

But where was Moomoomoolanga? While I was staring at the star, my sister had disappeared!

Then I noticed another glowing creature behind the tree. When looked closer, I realized it was Moomoomoolanga! Her hair was floating and glowing like a spaghetti symphony, and she was giggling like someone was tickling her.

And yes indeed someone was tickling her, it was millions of little stars. They were there all along, we just didn’t see them because they weren’t glowing before. But now they were wiggling and gently pushing Moomoomoolanga up.

“Wait for me!” I said, and I touched one of the glowing stars with my pinky.

All at once I felt light and airy, stars were spinning all around me.

“Time for you to go home,” someone said. Or maybe it was all the stars singing together. I couldn’t tell.

And ziiiiiiiiiiiing! We were off. While we shot into the sky, I asked them millions of questions, because I had a feeling I might not get another chance.

For example, I asked, Where are we?

And, are you really best friends with shooting stars?

And, can a person live on a star?

And, why does Santa Claus like to bring presents?

And, can my parents see you?

And, will I see you again?

Only when you are naughty, someone answered. Or maybe all the stars were singing together.

Suddenly we were back in the space station. Moomoomoolanga and I looked at each other with stars in our eyes. We could hear our parents’ footsteps, their space boots doop-dong, doop-dong closer and closer. We would have to explain to them why the spaceship was gone. We were going to be in so much trouble. But would I do it all over again? One million times yes.

So, dear reader, after all that happened, you can understand why every now and then, Moomoomoolanga and I, or any kid really, would be naughty sometimes. After all, some questions can only be answered by the stars. 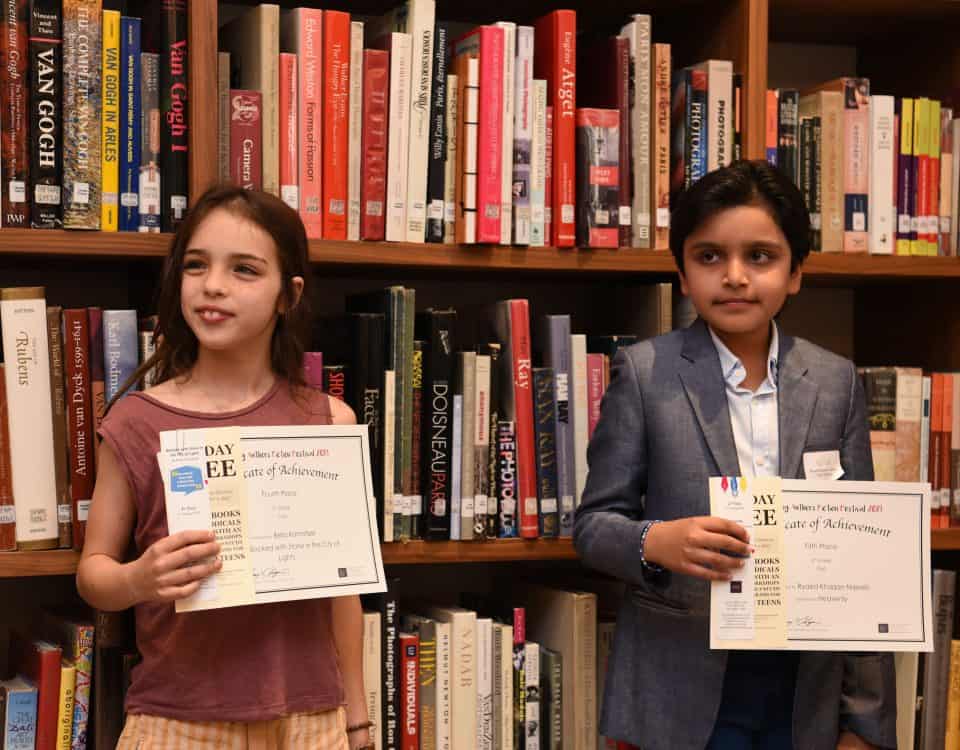