A book distribution service throughout Europe 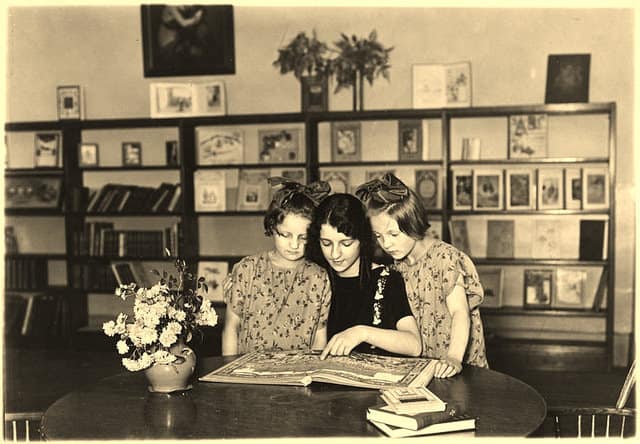 Due to the economic depression, the Paris Library School is forced to close its doors. However, its influence will spread in many ways. Many of its 103 graduates will later hold major positions in the French library system. One of its graduates, Caroline Griffiths, opens an American-style children’s library, l’Heure Joyeuse. The heritage fund of this library is now housed in the Médiathèque Françoise Sagan.