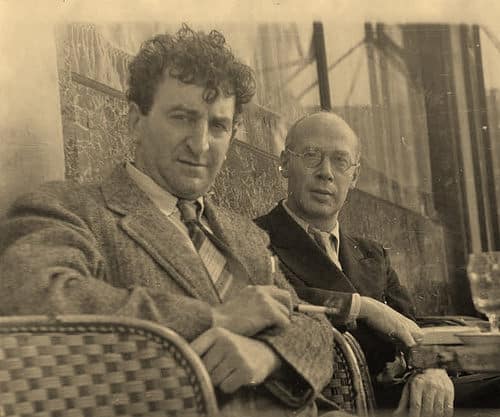 The Writer’s Program is a forerunner of Evenings with Authors. It features writers such as André Gide, Henry Miller, Gertrude Stein, and Colette. Henry Miller is a noted habitué of the American Library in the early 1930s. His 1934 novel Tropic of Cancer was banned in the United States, but available at the Library upon request. Here is a letter he wrote requesting books from our collection.