American Library acquires one of the few microfilm readers in France 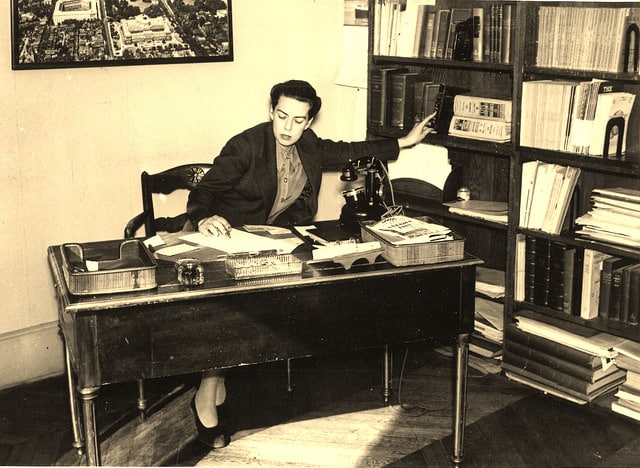 Dorothy Reeder in her office.

Raised in Washington, Dorothy Reeder worked at the Library of Congress before being sent to Seville in 1929. Later that year, she becomes head of the periodical department at the American Library in Paris. She is appointed director in 1937.