A branch of the Library in Roubaix 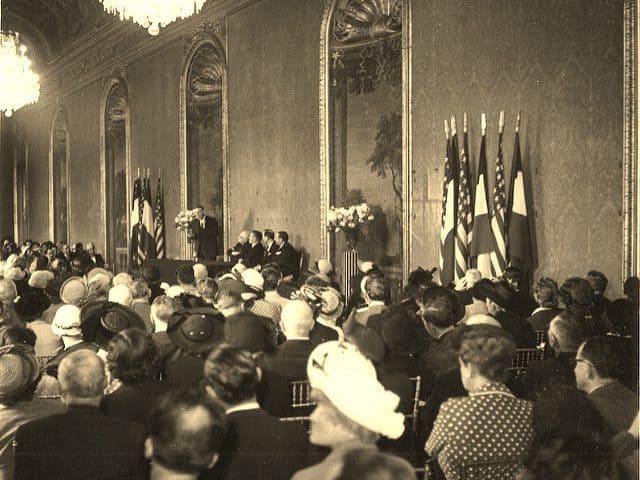 Professor André Siegfried, of the French Academy, addressing the audience.

The Library celebrates its 30th anniversary in the Mazarine Gallery of the Bibliothèque Nationale de France. Four hundred guests attend.