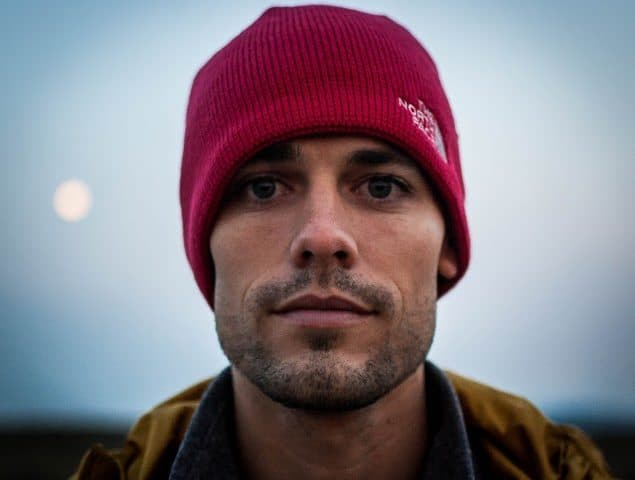 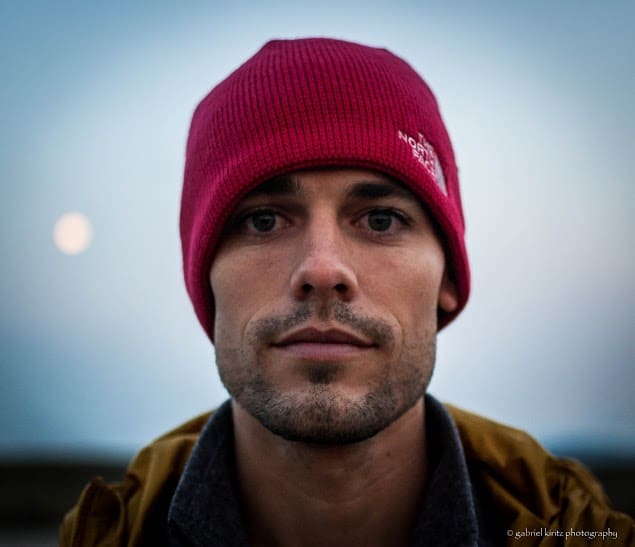 Circulation assistant Eric Hengesbaugh recently returned from a vacation trip to California under unexpected conditions. An avid mountain climber, Eric sustained serious injuries from a 40-foot (12-meter) fall at the start of a climbing trip in the Eastern Sierra Mountains. His climbing team had received a Live Your Dream grant from the American Alpine Club and was also collaborating with the Adventures and Scientists for Conservation. They were to embark on a three-week trip to climb and to collect samples from fresh water lakes to measure microplastic pollution. Here, Eric describes why he loves climbing and how the accident happened. At the bottom, you can check out the books that he read during his recovery.

The type of climbing that I really like is the kind where you’re given the most freedom. You bring up your own gear and there’s nothing but vertical rock above you. This kind of climbing is about exploration. You mostly follow a crack in the cliff face. This gives you freedom of movement on the wall. Vertical exploration is really fantastic. 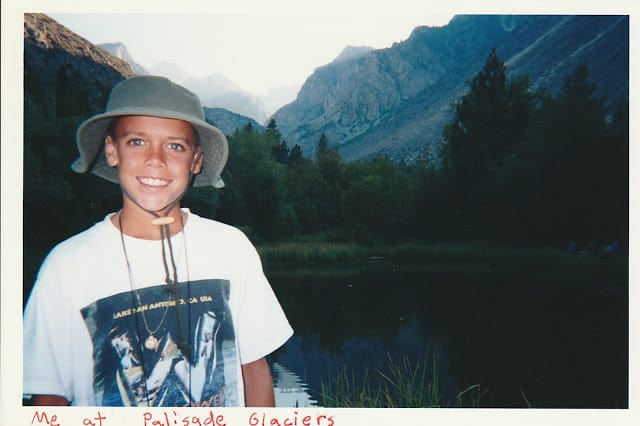 It was my mom who first brought my brothers and me to the Palisades in the Eastern Sierra. A family relative, Don Jensen, had climbed in these mountains before anyone, I was told as an eight-year-old! Don was a family tall tale, his character blown out of proportion by those too close to know better. Or so I thought.

Then along came the American Alpine Club and their Live Your Dream Grant. My best friend and fellow-climber Gabe had tipped me off about this grant, hoping to get me state-side at some point last summer. With my twin brother Brian and my friends Peter and Gabe, we began scheming and finally imagined a project that would take us back to the Palisades. We applied and got the Live Your Dream Grant. This dream trip of ours was really going to happen!

I’ve done a few big trips, but this was ideally one of the first big alpine climbs I was going to do. I’ve done day trips of this type, but this was supposed to be a three-week long trip where we sit and focus and really get to know the valley and hone our skills.

On our first night, we hiked in six miles with all of our gear and food for three weeks. And then basically planted ourselves in a spot. The plan was Peter and I would climb up the East Face. Brian and Gabe would go up the North Rib located further right on the same feature. We were to meet at the top and then together rappel down the East Face.

The hardest part of the climb was the start. After Peter and I climbed the first two steep sections, I started up the fourth pitch where the obvious line of the climb disappeared and I was just following the path of least resistance. I climbed up higher, placed a second piece of protection and was just about to place a third when I decided to make one more move to an improved stance. From this new position, I would be able to comfortably secure myself to the rock. I moved first my left hand then my right to a rather large block, and as I leaned back, the rock shifted under my weight. Instinctively or perhaps because I was loosing my balance, I let go and fell 40 feet before hitting a ledge.

Here’s what I remember of that fall: The moment of letting go. Yelling “Falling, Falling, Falling.” My vision narrows and I enter a sort of dream state. I am disappointed in myself for falling, for making such an avoidable mistake. My stomach has the sinking sensation you feel when cliff jumping or going down a drop on a roller coaster. I have no sensation of my body in space; I cannot see the ground coming up fast. I do not lose consciousness.

My brother Brian told me later on that he heard me yelling, “falling, falling, falling” off to his left. Although he couldn’t see the distance I fell, he could hear it. For four hours, Brian and my friend Gabe didn’t know who was injured or what happened. They could still hear us calling out to them, but the echo made it impossible to distinguish what was being said or where we were. I could see there was a serious deformation of my right ankle; my foot was at 3 o’clock while the rest of me was at 12. More alarmingly, however, was the terrible ache in my lower back. Brian and Gabe spent four hours climbing down to look for us, leaving equipment behind to go faster. It is inexplicable the relief we felt when we finally were together again.

Gabe and I sheltered while Brian and Peter hiked back to camp, Peter to return with supplies and Brian to hike out and rouse the search and rescue team. Brian hiked out 7 miles in imposing solitude to make the critical rescue call by 4am. Gabe wrapped himself and me in two emergency blankets. I was in and out of a chilled, distracted sleep. The morning after, the sun rose; the air was crisp. 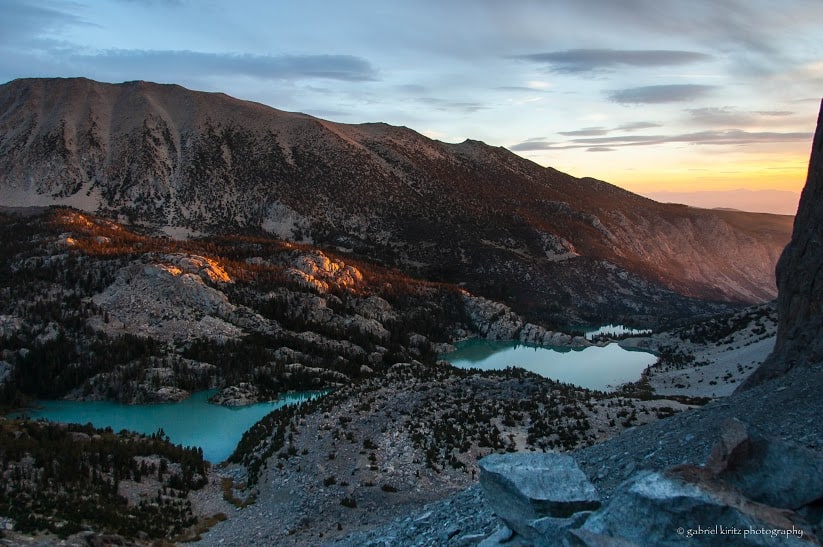 Almost 30 hours after the fall, I was evacuated by helicopter to Northern Inyo Hospital in Bishop just after sunset. I was given treatment for a severely broken right ankle and a burst L2 vertebra. I was then delicately transported to San Diego for surgery. There I became a bionic man, five screws, a good size rod, and 60 something staples in all. 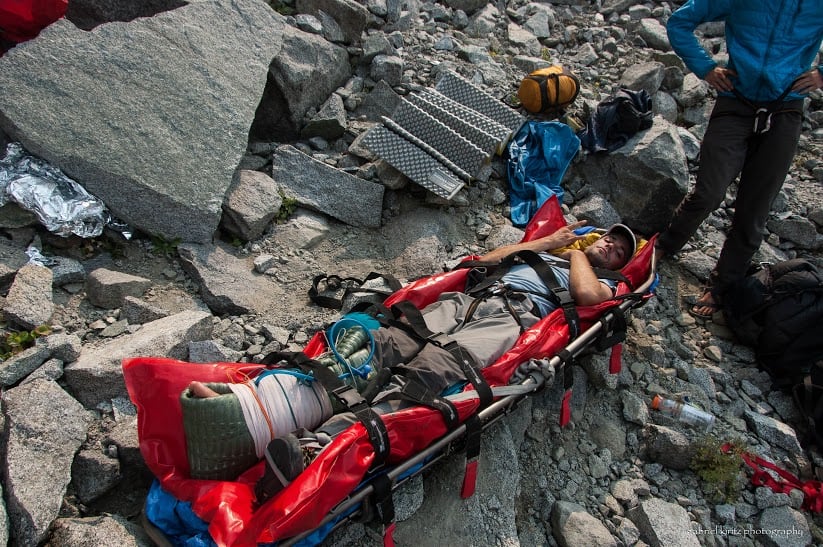 So many things could have happened otherwise. I didn’t bleed at all. I have a few scars, and a few spots on my thigh. But I explain to people, that they’re mechanical injuries. No neurological or electrical injuries. They’re just bones that are going to heal up eventually and I’ll be alright. The doctors charged me with staying in good shape for the rest of my life, and I’m willing to stay on that. I’ll get a regime to stay healthy, I’m massively lucky.

Will I go back? My immediate response to the question is YES! Of course I’ll climb again. But it is also true that climbing and being in the mountains have extremes of risk and consequence. For now I’m focused on healing and for another six months or a year I’ll be happy to get better at bird watching and mushroom hunting. And in time, I’ll get back to the talus terrain.

Here are some books that Eric read during his recovery: