The Library is pleased to present the Culture Picks for the month of June, thanks to the arduous research of volunteer Mike Duffy. Our Picks this month include an exhibition of rarely-seen Symbolist paintings by dozens of painters from Estonia, Latvia, and Lithuania. The Musée Maillol is showcasing more than 100 works by Japanese-born artist Foujita, whose glittering lifestyle and mix of Japanese and European techniques made him a shining star in Paris during the Roaring Twenties. And the Musée Quai Branly has a fascinating exhibition that captures all sorts of supernatural manifestations in Asia (namely Japan, China, and Thailand) through an extensive display of paintings, sculptures, films, video games, and artifacts.

The exhibit Wild Souls, Symbolism in the Baltics brings rarely-seen Symbolist paintings to Paris to celebrate the early expressions of modern nationhood in Estonia, Latvia and Lithuania which were born out of the destruction of World War I. In the late 19th century, the peoples of this region, long dominated by outsiders, rekindled concepts of identity inspiring 20th-century artists who were also influenced by movements in the Paris art world. This significant exhibition showcases the works of dozens of painters who can help us appreciate the beauty and expressiveness of painting as well as the aspirations of those  who seek to create and defend sovereign states through the propagation of national myths and unique expressions of common identify.

From the end of the 1900s through the first 37 years of the 20th century, the yearning for freedom and self-rule; primitive and contemporary religiosity; and the styles of Symbolist painters from France, Sweden and Norway mixed together in the philosophies and artistic output of a region long subject to Russian, Polish and German expansionist policies. Mythic tales of the creation of  distinct peoples are beautifully illustrated in the Lithuanian Nikolai Triik’s brightly colored 1910  tempera Lennuk, a celebration of the mythic king Kalevipoeg gloriously exploring the world in a Viking ship. A strong Kalevipoeg also appears in a test of strength against a water spirit in a vibrant 1910 pastel by Estonian Aleksander Mülber. In one of the most dramatic paintings in this show Linda carrying a rock (1917), Kalevipoeg’s mother transports a large boulder left behind by glaciers to mark the tomb of her husband. Linda dominates the dark landscape, appearing in front of a sky lit brilliantly orange and yellow by the sun. The glorious sun which lights Linda appears in many other paintings, a reminder of how significant the sun can be in countries in the north of Europe. The colors, contrasts and design of these work are clearly modern while presenting primeval origins of Estonia.

The magnificent, beautiful presentations of A birch forest (1903 – 1904) and A wood (1904) by Lithuanian Johann Walter celebrate the wondrous local scenery in a subtle note of resistance to the occupiers. A somewhat less subtle desire to keep out (or expel?) outsiders is seen dramatically in The Holy Samogitie (1910) depicting a region of Lithuania known for its fierce resistance to Teutonic and later Russian invaders. In this work, the slightly misty, melancholy countryside is marked off in the foreground by traditional religious symbols signifying suffering at the hands of outsiders.

The spiritual and otherworldly aspects of then-current Theosophy and strains of pagan, indigenous religious beliefs and the firm conviction that intuition rather than intellect would guide people to a deeper understanding of nature, being, and the beyond are evident throughout the exhibition. In portraits and figurative works, men and women are often distant, distracted or frightened as in Furies (1897), a charcoal and pencil sketch by the Estonian Kristjan Raud in which a knife-wielding figure fleeing the three mythological underworld Furies, a much longer knife in hand, pursue him.

Part of a series at the Musée D’Orsay titled Exploring New Paths (Explorer de novelles voies) these interesting often beautiful expressions of nostalgia and hope, past and future, identity and nation echo across a century and invite our appreciation for the struggles, sensitivity, imagination and achievements of the peoples of Estonia, Latvia and Lithuania. 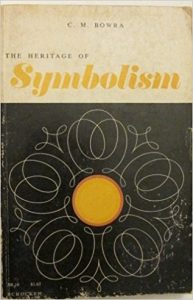 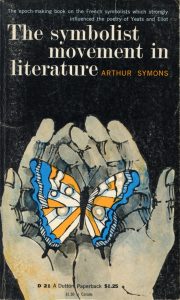 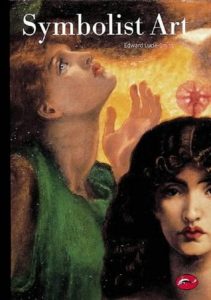 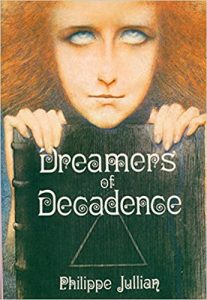 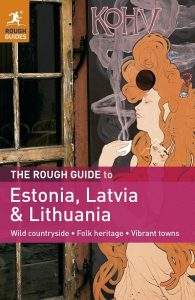 
Note:  the museum recommends that no one under 12 years of age visit this exhibition which includes violent and bloody images intended to frighten people.

With origins lost in the mists of ancient history, religious and mythological tales of beings suspended between earthly existence and some other plane moved into the common culture. In that movement, there may have been a loss of the spiritual or human dimensions as stories of ghosts, ghouls and goblins took on bizarre lives of their own. Hells and Ghosts of Asia captures all of these supernatural manifestations in an extensive exhibition of painting, sculpture, film, video games and the artifacts of religious practice.

Focused on traditional tales from the dark side of Japan, China and Thailand, this very ambitious display of lost souls presents blood and guts, devils and creatures from beyond in an amazing array of guises. From the spirit world, those who met violent, tragic ends of their earthly existence return seeking vengeance against those who wronged them, as do those whose families neglected proper mourning and funeral rites for the deceased. In some traditions, these revenge seekers are mostly female or female cat-women, wiley creatures who dart quickly and menacingly about, at times seeming only to be a wisp of vapor. There are also vampires and rather familiar-to-Western-eyes devils burning the damned in large cauldrons over fires sometimes constructed from bodies of the dead.

The religious traditions morph into contemporary secular incarnations throughout this sizable  presentation. There are moving, beautiful pieces such as a set of hand painted Thai illuminated manuscripts with magnificent painted panels alongside text, part of the foundational religious story-telling which opens Hells and Ghosts of Asia. Elements of Buddhism and other traditions are explained, illustrating belief in life-after-death or life as a never ending cycle of birth, death and rebirth. Throughout there are artifacts from religious practice or daily life which incorporate beliefs or superstitions regarding lost souls, revenants and mysterious beings, and many parts of this exhibition bring us face to face with gross, bloody images in sculpture and painting, but especially through film clips from Japanese and Thai horror flics.

There is much to see in this sprawling presentation of the deep roots and contemporary manifestations of the many hells and ghosts in three Asian cultures, much to think about and much to make you shudder as, surrounded by darkness, you feel unexplainable drafts and hear unexpected noises as you try to fall to sleep. 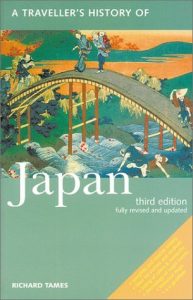 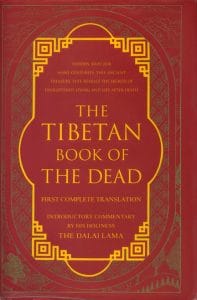 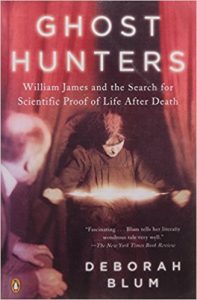 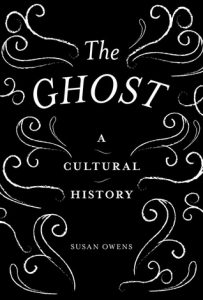 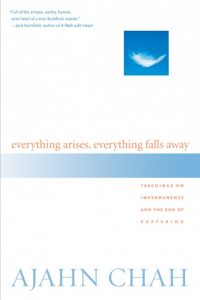 An unerringly modern style, techniques both European and Japanese, figurative and realistic subjects shine in the more than 100 works in Foujita, Painter of the Roaring Twenties. This exhibition raises questions about why his work is not better known and what his place may be in the history of 20th-century art, but most of all the paintings and drawings fascinate and delight.

Notable throughout the exhibition is stylistic mastery. First brushwork: echoing his Japanese roots and artistic education, Foujita employed flowing nearly calligraphic lines. There is something very fluid, deceptively languid in many of these works, while others such as Combat 1  (1928) are filled with energy and movement. A poster he designed could easily be a Matisse with its large, flowing silhouette inviting the viewer to an event. A consistently surprising element is the subtlety of color. In his watercolors, maybe not so surprising, but in oil paintings the paint is thinned so much that it, too, appears to be watercolor. Light, sheer, often inviting color marks especially the early works on display. Colors and lines often show the influence of the Japanese printmaker Hokusai whom Foujita admired and the use of an almost mysterious white as background or as skin-tone appears to repeat a European Renaissance technique but, in fact, was created using traditional Japanese methods.  (This opalescent, milky wash confounded his contemporaries as the artist would not reveal how he achieved this marvelous effect.) Throughout his career, Foujita also very effectively employed gold leaf as background, mixing ancient, European and Japanese technique in another display of his ability to move across time and cultures to create uniquely modern art.

While Foujita knew the others who were shaking up the art world with Cubism and various abstract compostions, his work remained figurative and relatively realistic. His many presentations of women, at times Madonna-like and at others captivating nudes, with their long necks and strong profiles show the influence of his friends Modigliani and Zadkine while his many, many self-portraits are realistic and interesting invitations to peer into the face of the enigma that was Foujita. Children and animals populate many of his works, while a very striking large portrait The Wrestler Tochigiyama (1926) with its outstanding shadowy outline and mix of paint and ink lets us see a true master at work. A great surprise, though, are the huge Combat 1 and Combat 2 (both 1928), nearly 9’ by 9’ each, with muscular, Mannerist men and women floating across massive canvases. A study, The fall of the Titans opposite these works confirms that Foujita absorbed much during his long hours of study and practice in Japan and later in the Louvre. The outstanding earlier works in this show do not prepare you for these revelations.

There is also clearly a playful, fun side of Foujita which comes through in his depictions of children and animals. There are cats throughout his works and he personally identified with the feline as famously presented in his Portrait of the Artist (Self-portrait with cat) (1928), a great example of mixing of oil and gouache to produce interesting gray lines and shadows and one more self-expression / self-examination, a constant theme of his life and work.

Foujita straddled multiple worlds in his personal life as well as in his very productive artistic career: Japan and France; loud, lively, crowded cabarets and calm, isolated artist’s studio; strong (serial) relationships with four women and conversion to a quiet Catholicism. The concluding video highlighting his life after the 1920s illustrates the final, contrasting choices he made throughout his long career. He invented himself and his art through a very definite sense of himself as an artist. As a child and young man in Japan, his only goal was to be the most famous painter in Paris and he spent the Roaring Twenties being famous for his glittering lifestyle while he created modern-but-not-completely-modern wonderful paintings, watercolors and drawings. Whatever the judgement of history, Foujita on display at the Musée Maillot is a major School of Paris painter to be enjoyed and celebrated fifty years after his death. 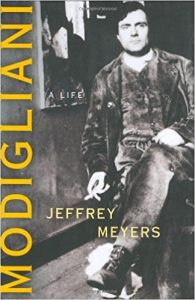 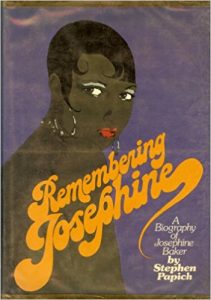 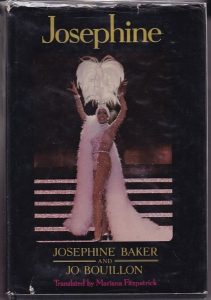 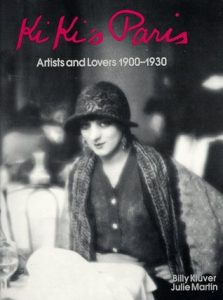 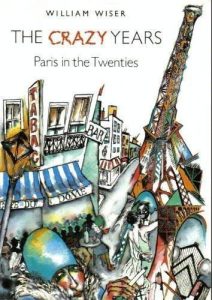