(Online) The Life and Art of Kunihiko Moriguchi 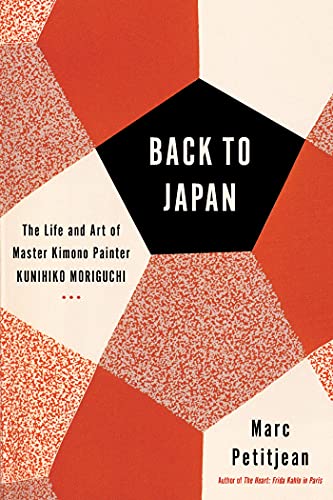 The Life and Art of Moriguchi

with author and filmmaker Marc Petitjean

Marc Petitjean offers an intimate portrait of one of Japan’s most iconic artists, master kimono painter and Living National Treasure Kunihiko Moriguchi. Moriguchi, known for innovating the craft of yuzen (a 17th-century resist-dyeing method), through his visionary arrangement of abstraction in patterns, understands the centuries-old Kimono to not just be an object to wear but a canvas on which to create art. As Moriguchi stated, “We have to answer the challenge of modernity: what is a kimono, or what will it become, if it ceases to be a thing worn?”. Petitjean, who formed a close friendship with Moriguchi while making a documentary about him (Trésor Vivant, 2012), is uniquely suited to tell the story of this extraordinary artisan’s creative evolution. Moriguchi’s works are collected by museums around the world and held in the permanent collections of the Metropolitan Museum of Art, the Victoria and Albert Museum, the Los Angeles County Museum of Art, Tokyo National Museum of Modern Art, and National Museum of Modern Art in Kyoto, among others.

Back to Japan begins when Moriguchi, nicknamed “Kuni,” is coming of age in mid-century Kyoto, a place steeped in tradition. After graduating from Kyoto City University, where he studied modern painting, Moriguchi boldly decides to move to Paris to further his studies at the École des Arts Décoratifs rather than learn about yuzen from his father, whose rigid, almost feudal, workshop holds little appeal to his son. It is a choice that changes Moriguchi’s trajectory as an artist. In France, he encounters cutting-edge techniques such as Optical Art (in which repeated shapes are used to produce illusions) and becomes a friend and protégé of the French-Polish painter Balthus, through whose network of connections he meets Joan Miró, Marc Chagall, Max Ernst and artistic luminaries of the time.

Mark Petitjean is a writer, filmmaker, and photographer. He is the author of The Heart: Frida Kahlo in Paris. He has directed several documentaries, including From Hiroshima to Fukushima, on Dr. Shuntaro Hida, a survivor of the atomic bombing of Hiroshima; Living Treasure, about Japanese kimono painter Kunihiko Moriguchi; and Zones grises, on his own search for information about the life of his father, Michel Petitjean, after his death.

Adriana Hunter studied French and Drama at the University of London. She has translated more than ninety books, including Véronique Olmi’s Bakhita and Hervé Le Tellier’s Eléctrico W, winner of the French-American Foundation’s 2013 Translation Prize in Fiction. She lives in Kent, England.