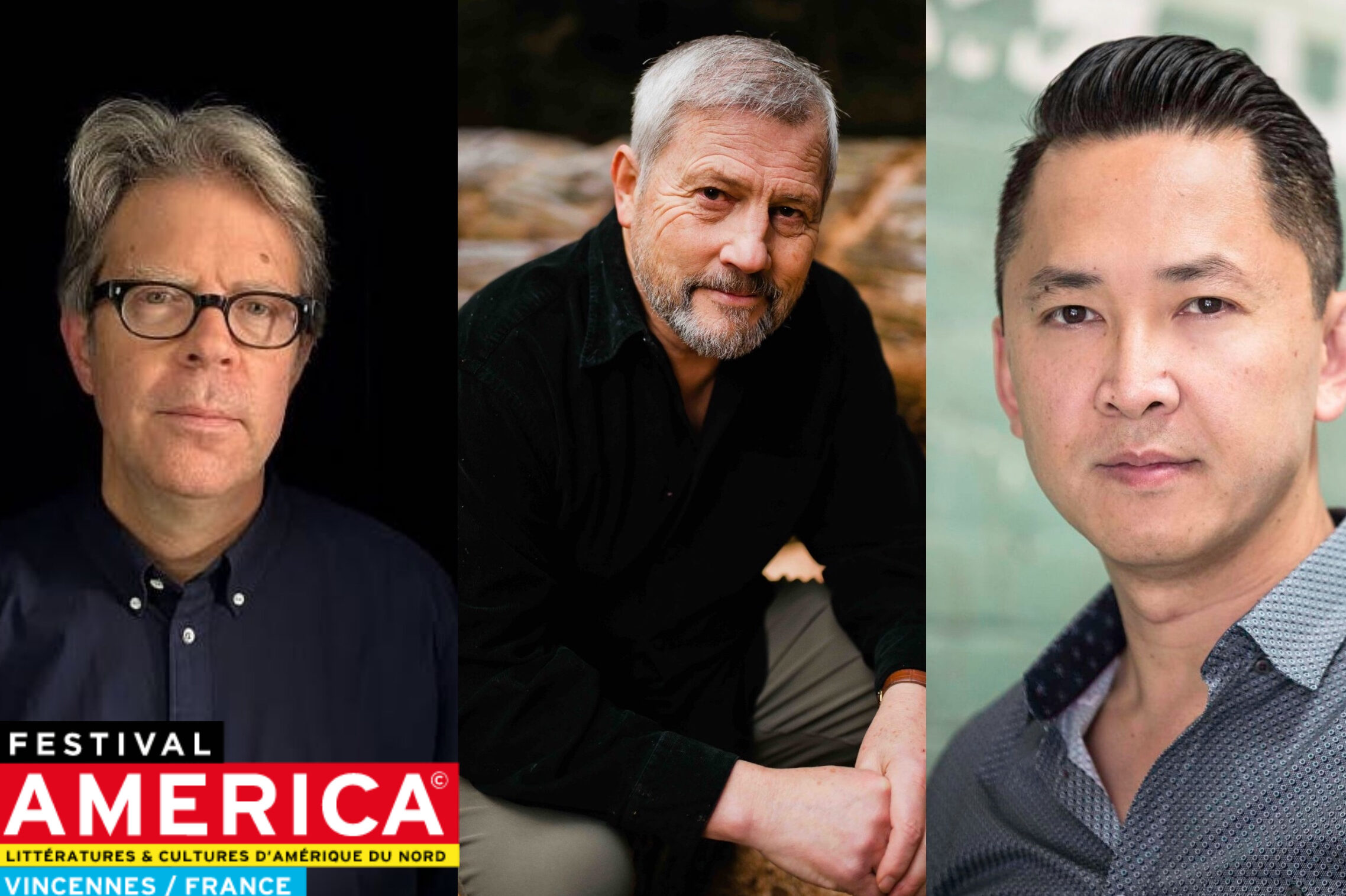 American Library in Paris Programs Manager Alice McCrum moderates a discussion on the politics of literature for Festival America. This event will take place at the Centre Georges Pompidou in Vincennes.

As part of Festival America, join Jonathan Franzen, Karl Marlantes, and Viet Thanh Nguyen for a panel on the politics of literature. To write a novel can be an eminently political gesture. Whether one is denouncing infamy, reporting on unjust living conditions, or telling the story of a just fight, there are many books that have accompanied, throughout history, the struggles of humanity. How does the writer wield material that is simultaneously historical and political? Like Dos Passos, Steinbeck or Toni Morrison, writers of this camp do not intend to write to entertain, but rather to help open our eyes to the world as it is.

Jonathan Franzen is an essayist and novelist. He is the author of six novels, including The Corrections (2021), which was awarded a National Book Award, a James Tait Black Memorial Prize, and was a finalist for the Pulitzer Prize. Franzen is a member of the American Academy of Arts and Letters.

Karl Marlantes is an American author. His work Matterhorn: A Novel of the Vietnam War received the 2011 Washington State Book Award. His other works are What it is Like to Go to War (2011) and Deep River (2019).

Viet Thanh Nguyen is the author of eight works. His 2016 novel The Sympathizer was awarded the 2016 Pulitzer Prize for Fiction, the Center for Fiction First Novel Prize, the Edgar Award for Best First Novel, and the Andrew Carnegie Medal for Excellence in Fiction. He is the Aerol Arnold Professor of English and American Studies and Ethnicity at the University of Southern California and a recipient of fellowships from the Guggenheim and MacArthur foundations.

Important information: The discussion will take place in person at the Centre Culturel Georges Pompidou at 142 rue de Fontenay 94300 Vincennes

Access to this event requires the advance purchase of a one or two-day PASS through the Festival America website. Click the button below to get your Pass.