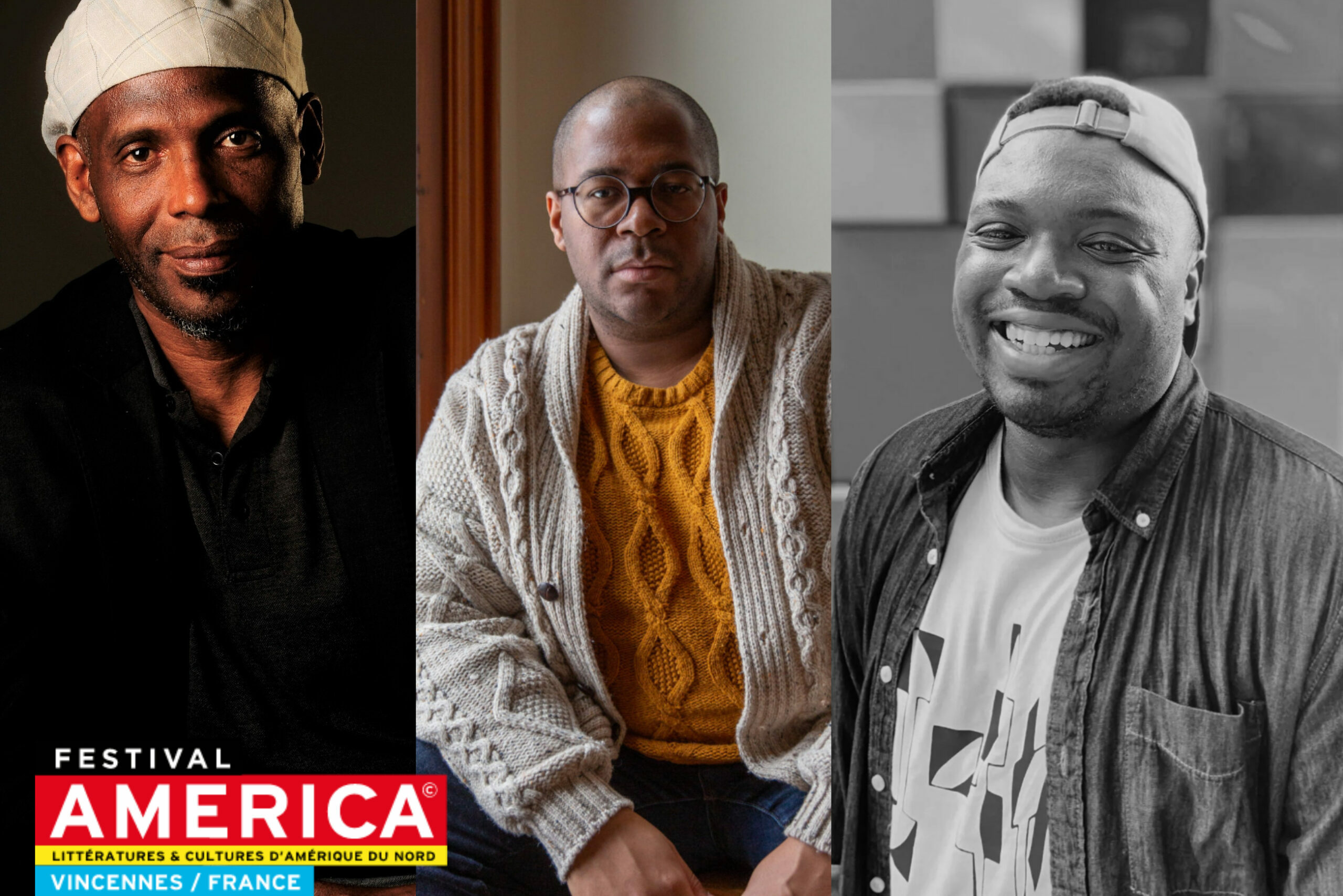 American Library in Paris Programs Manager Alice McCrum moderates a conversation on desire, sense experience, and the body in contemporary literature as part of Festival America. This event will take place at the Maison des Associations in Vincennes.

As part of Festival America, writers Marcial Gala, Brandon Taylor, and Bryan Washington will discuss desire and the body in literature. How does writing give flesh to sensation? What is the bodily experience of writing? From the famous denial of the senses performed by Descartes in order to doubt his own identity to the modern day, the relationship between sensation, embodiment, and writing has been at the center of literature and philosophy. The authors will interrogate the limits of literature faced with the contours of desire, considering its capacity to describe the intimate, the corporeal, and the sensual. Join them as they voyage into the empire of the senses.

Marcial Gala is a Cuban novelist, poet, and architect. He is the author of four works, including The Black Cathedral (2012), awarded the 2012 Alejo Carpentier Award for novels and Critics’ Award for the best books published in Cuba in 2012. Gala’s most recent work, Call me Cassandra (2018), was awarded the 2018 Ñ Prize of the City of Buenos Aires-Clarín.

Brandon Taylor is a novelist. His debut novel Real Life (2020) was a finalist for the 2020 Booker Prize, The National Book Critics Circle John Leonard Prize, and the 2021 Young Lions Fiction Award, and was named a NYT Editors’ Choice and NYT Notable Book. His story collection Filthy Animals (2021) was awarded the 2022 Story Prize and was a finalist for the Dylan Thomas Prize.

Bryan Washington is the author of three works. His debut story collection Lot (2019) was the winner of the 2019 Ernest J. Gaines Award for Literary Excellence, the 2020 Dylan Thomas Prize, and the 2020 Lambda Literary Award for Gay Fiction. Washington’s debut novel Memorial (2020) was named a New York Times Notable Book of 2020 and TIME Book of the Year.

Important information: The discussion will take place in person at the Maison des Associations at 41 Rue Raymond du Temple, 94300 Vincennes

Access to this event requires advance purchase of a one or two-day PASS through the Festival America website. Click the button below to purchase your Pass.