The American Committee for Devastated France 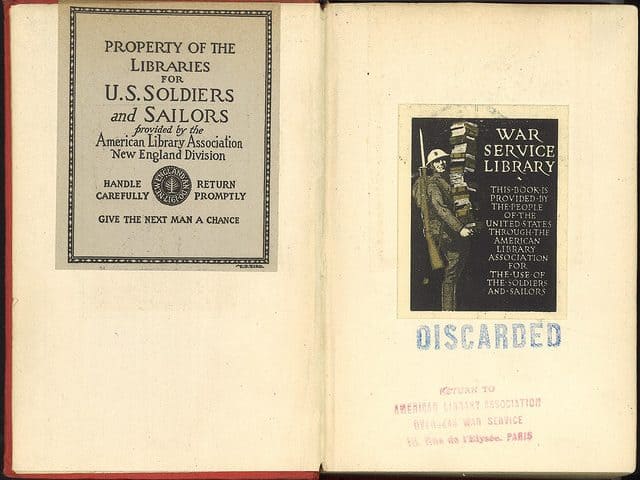 As the United States joins the war raging in Europe, U.S. libraries ship more than two million books to U.S. service personnel through the Library War Service, founded by the American Library Association. A core collection of those books seeds the newly established American Library in Paris.