The Library remains open during most of the war 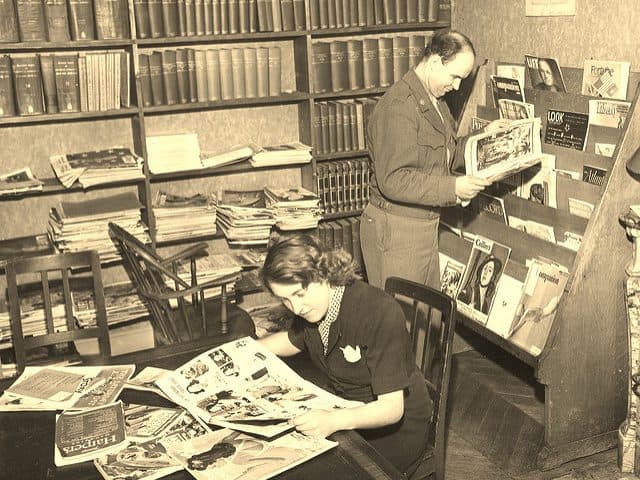 As French ambassador Henri Bonnet expressed, the American Library provides “an open window on the free world” during this dark period of European history. During the Occupation, the Library staff mount their own resistance campaign by delivering books to Jewish members who have been forbidden by the Nazis to use libraries.