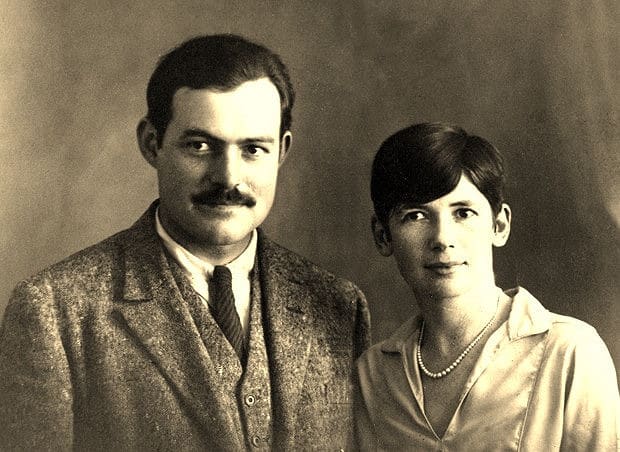 Ernest and Pauline Hemingway in Paris, 1927.

Ernest Hemingway moves to Paris in 1921. In 1925, as he is experiencing his first literary fame, he contributes to the Library’s literary journal, Ex Libris, by writing a book review of Sherwood Anderson’s autobiography, A Story-Teller’s Story. His review is followed by Gertrude Stein’s own thoughts on the same book.