Closing of the Roubaix branch 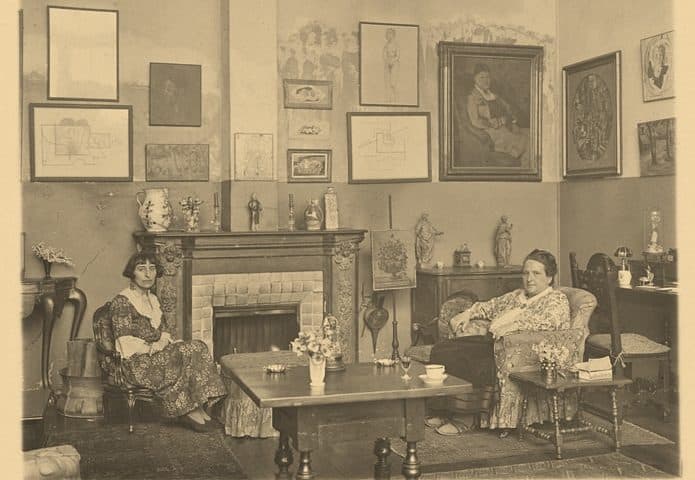 Alice B. Toklas and Gertrude Stein at their apartment on 27, rue de Fleurus, in 1922. Their residence was a haven for the literary and artistic avant-garde in the 1920s and 1930s.

In a fit of pique, Gertrude Stein tranfers her library subscription from Sylvia Beach’s Shakespeare & Co. to the American Library. The reason behind this shift is that she feels betrayed by Beach, who decided to publish Ulysses, the masterpiece of James Joyce, her longtime modernist rival on the Parisian literary scene.