Creation of the Visiting Fellowship

Creation of the American Library in Paris Book Award 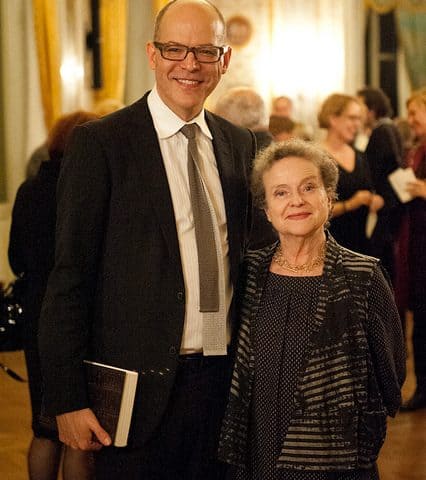 The first recipient of the prize, Fredrik Logevall, for his book Embers of War; and Diane Johnson, chairwoman of the Library Writers Council.

The Library’s Book Award is given annually to a distinguished book written in English about France or the French. The Award is made possible by a generous grant from the Florence Gould Foundation.