An interview with Clarence Tokley 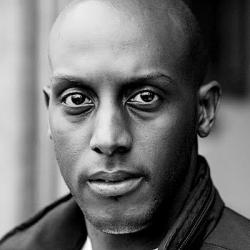 An Interview of Clarence Tokley

The Library is a very busy place! We have so much going on and have some incredible volunteers that help us make the Library the great place it is. One of our amazing volunteers is Clarence Tokley. Clarence leads the Library’s Master Shot Film Club as well as hosting a number of acting workshops and is co-host of the Paris Youth Film Showcase with the Library in June.

Clarence, originally from New Jersey, has a degree in History and Film Studies from Rutgers University and attended the New York Film Academy. He runs his own theatre company called The Big Funk Company in Paris, and teaches many film and acting classes around Paris.

In an interview with the Assistant Children’s and Teens’ Librarian, Kirsty, Clarence explains how he started volunteering and his other activities in Paris.

How did you find out about the Library?

When I first moved to Paris, I started looking into Anglophone places to network and to be introduced to the expat community. So, I did a Google search and came upon the website for the American Library. i visited and kept coming back.

How, why, and when did you first start doing programs at the Library?

I started doing programs at the Library about 5 or 6 years ago. Initially I reached out to then Children’s and Teens’ Services Manager, Helen Stathopulos, to offer a free acting workshop for teens. Helen liked the idea and we set up a one-time workshop for teens. That workshop went well and Helen invited me back to do another one a few months later. About a year or so after the last workshop I did with Helen, the current Children’s and Teens’ Services Manager Celeste Rhoads reached out to me to come back and do another workshop for the teens. This time around, we did a 2-hour film school. That workshop was a lot of fun and successful. Afterwards, Celeste and I started talking about how we could turn the 2-hour film school into a regular event and we came up with the Master Shot Film Club.

You have done lots of events for us and continue to run the Master Shot Film Club. What makes you do this?

One of the main reasons I continue to do events and other things for the Library is the sense of community and family. The Library is one of the few places in Paris where I always feel at home. From the staff, volunteers, and people who take part in the programs, they all provide a great feeling of community. This feeling of comfort and appreciation is what brings me back every time. The people that run the Library are very special and it feels good to spread that feeling to others.

If someone is interested in film-making and acting, what other events/activities do you do in Paris?

In June, I will be taking part in the Bilingual Acting Workshop’s Film Acting Summer Bootcamp. It’s an 8-day summer program that presents a panoramic view of all the techniques that are taught at BAW in a series of 4-hour sessions and gives students a serious and concentrated introduction to each method. So if you ever had any curiosity about acting, come check it out.