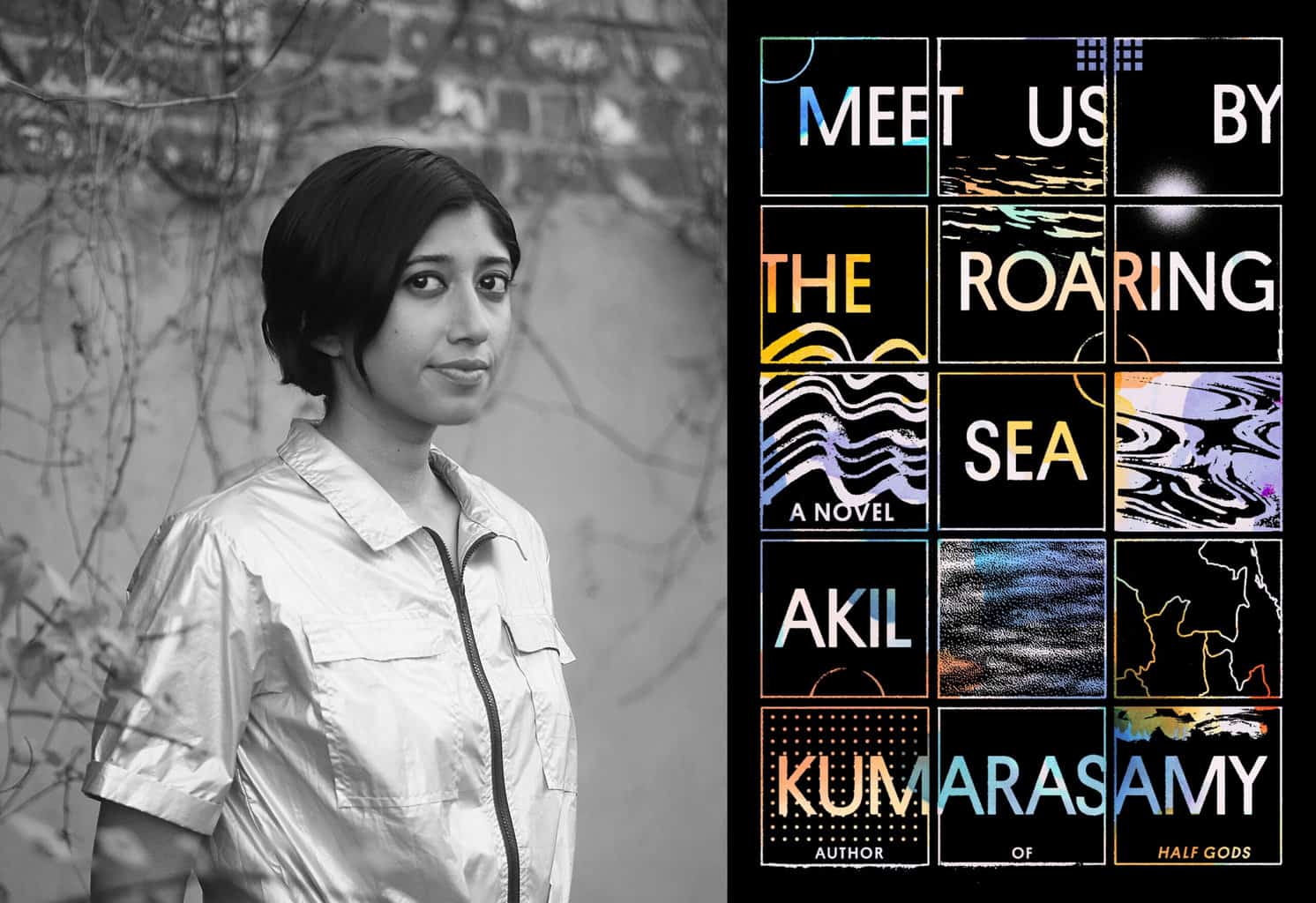 Akil Kumarasamy appears in conversation with writer Dinaw Mengestu to discuss her debut novel, Meet Us by the Roaring Sea: a story of memory, loss, language, shared love, and shared suffering between bodies.

Meet Us by the Roaring Sea, the debut novel from writer Akil Kumarasamy, takes place in a future located ambiguously near the present. Dealing with a loss in the family, the narrator escapes from the monotony of her AI job and her personal grief by translating a mysterious manuscript written in Tamil. Originally seeking a distraction, she uncovers channels of human connection lost in her impersonal, technology-driven world. As she dives into the multiple voices of the text, the boundaries between her own identity and those of its authors begin to thin. Written in vivid, striking prose, Kumarasamy’s novel is rich in detail and endlessly imaginative. Kumarasamy will appear in conversation with Dinaw Mengestu at the Library.

Akil Kumarasamy is the author of the novel, Meet Us by the Roaring Sea (FSG, 2022), and the linked story collection, Half Gods (FSG, 2018), which was named a New York Times Editors’ Choice, was awarded the Bard Fiction Prize and the Story Prize Spotlight Award, and was a finalist for the PEN/Robert W. Bingham Prize. Her writing has appeared in Harper’s, The Atlantic, among others. She is an assistant professor in the Rutgers University-Newark MFA program.

Dinaw Mengestu is the author of three novels: The Beautiful Things That Heaven Bears (2008) How to Read the Air (2010), and All Our Names (2014), all of which were New York Times Notable Books. His fiction and journalism have been published in the New Yorker, Granta, Harper’s, Rolling Stone, and the New York Times. He is the John D. and Catherine T. MacArthur Professor in the Humanities at Bard College.

Important information: The discussion will be available both online and in person. While the conversation will happen in person (Kumarasamy and Mengestu will appear in the Reading Room), the Library will stream the conversation on Zoom for a live viewing experience. Both in-person and online attendees will be able to pose questions.