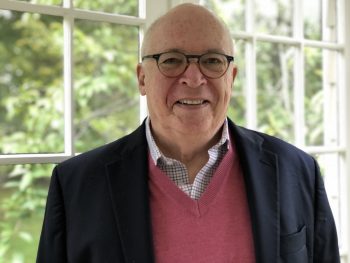 [This event has been cancelled, thank you for your understanding.]

The author of the acclaimed When Paris Went Dark, longlisted for the National Book Award, returns to World War II once again to tell the incredible story of the youngest members of the French Resistance—many only teenagers—who waged a hidden war against the Nazi occupiers and their collaborators in Paris and across France. Sudden Courage brilliantly evokes this dark and uncertain period, from the beginning of the occupation until the last German left French soil. A chronicle of youthful sacrifice and courage in the face of evil, it is a story that holds relevance for our own time, when democratic nations are once again under threat from rising nativism and authoritarianism. Beyond that, it is a riveting investigation about what it means for a young person to come of age under unpredictable and violent circumstances.

Ronald C. Rosbottom is the Winifred L. Arms Professor in the Arts and Humanities and Professor of French, European Studies, and Architectural Studies at Amherst College. Previously he was Dean of the Faculty at Amherst. He is a Chevalier de l’Ordre des Palmes Académiques, awarded by the French government. He divides his time between Amherst, Massachusetts, and Paris.