Evenings with an Author: Nancy K. Miller in conversation with Celeste Schenck 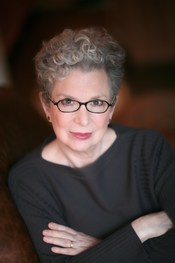 Nancy K. Miller–memoirist and feminist critic—is author and editor of more than a dozen books, including But Enough About Me: Why We Read Other People’s Lives and Breathless: An American Girl in Paris. Her most recent book is the memoir My Brilliant Friends: Our Lives in Feminism. She teaches life writing and cultural criticism at the Graduate Center, City University
of New York, where she is Distinguished Professor of English and Comparative Literature. (Author photo by Marcia Ciriello)

My Brilliant Friends is the group portrait of three women’s friendships forged in second-wave feminism. Nancy describes her relationships with well-known writers and literary critics Carolyn Heilbrun, Diane Middlebrook, and Naomi Schor. Through the stories of their intertwined lives and books, Miller illuminates the powerful ties between women in love and work, aging and loss, illness and death. Inspired in part by the heroines of Elena Ferrante’s Neapolitan novels, My Brilliant Friends explores the emotional and intellectual complexities of women’s bonds at a particular historical moment. 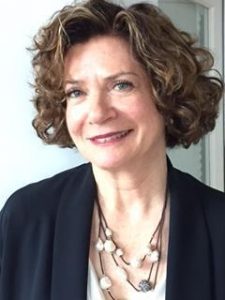 For her evening at the American Library, Nancy will be in conversation with Celeste Schenck, the twelfth president of The American University of Paris, was formerly its Provost and Dean, as well as a Professor of Comparative Literature. She has presided since 2008 over the University’s re-founding, including full renovation of its campus and curriculum. Celeste received her BA from Princeton University and her PhD from Brown University, and has published widely on women’s autobiography and poetry, critical theory, women’s development, and educational and pedagogical issues. At Barnard College, where she first forged her friendship with Nancy, she held the Ann Whitney Olin Junior Chair, and co-founded two series: The Barnard Women Poets Prize and Reading Women Writing, an imprimatur of Cornell University Press.