Evenings with an Author: Katherine Ewing 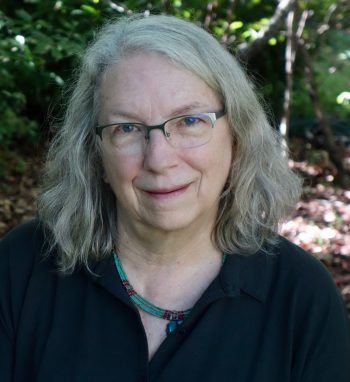 Sufis embody the mystical side of Islam but are also part of well-established institutional networks—the Sufi orders that extend across the Muslim world. Through the words, sounds, and images of a brief Youtube video of a meeting an American Sufi leader and a hereditary caretaker of a thirteenth-century shrine in India, we can see how Sufis use new media in ways that upend the usual rituals of status and authority within Sufi orders while pushing against powerful global forces that would seek to delegitimize Sufism as unIslamic and archaic. Based on a close reading of this encounter memorialized (at least for now) by Youtube, I examine how modern Sufis are striving to embody a continuing tradition while simultaneously repositioning themselves in response to the pressures of secular and Islamist modernities.

Katherine Pratt Ewing (PhD, University of Chicago) is Professor of Religion at Columbia University and Professor Emerita of Cultural Anthropology at Duke University. Among her books are “Arguing Sainthood: Modernity, Psychoanalysis and Islam” (Duke, 1997), which focused on debates about Sufism and Islamic reform in Pakistan, and the forthcoming volume “Sufis and the State: The Politics of Islam in South Asia and Beyond,” edited with Rosemary Corbett (Columbia, 2020).

Her current research in Mauritania, Morocco, and Senegal examines the effects of shifting policies toward Sufism on local subjectivities and their implications for understanding how Islam is evolving as a living religious tradition within a fraught global order.

Evenings with Authors and other weeknight programs at the Library are free and open to the public (except as noted) thanks to support from GRoW @ Annenberg, our members, and those who attend programs. There is a suggested donation of ten euros for non-members. Doors open at 19h00 and the event begins at 19h30.