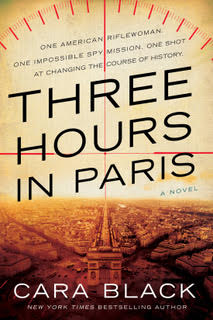 Join the American Library in Paris’s Evenings with an Author series on 6 April as we host “doyenne of the Parisian crime novel” Cara Black.  During this virtual conversation with Programs Manager Alice McCrum, Black will speak about her latest book, Three Hours in Paris.

Named a Best Mystery of 2020 by the Washington Post, Three Hours in Paris reimagines Hitler’s brief visit to Paris in June of 1940. The thriller tells the story of a young American markswoman, Kate, tasked with assassinating the Führer against the fall of the City of Lights to the Nazis. Miles away from her native rural Oregon, Kate fights for her life and the fate of the world.

The program will draw on live questions from the audience. 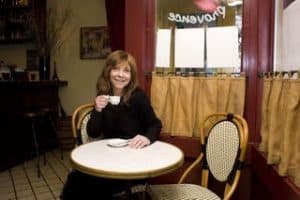 About the author: Cara Black‘s affinity for France is the driving force behind her work. The attention to detail and immersive research undertaken during her trips to Paris earned the New York Times-bestselling author a Médaille de la Ville de Paris for her contributions to French culture. Best known for the Private Investigator Aimée Leduc series, Black is regarded as one of the leading names in Parisian crime novels. Visit www.carablack.com to learn more.