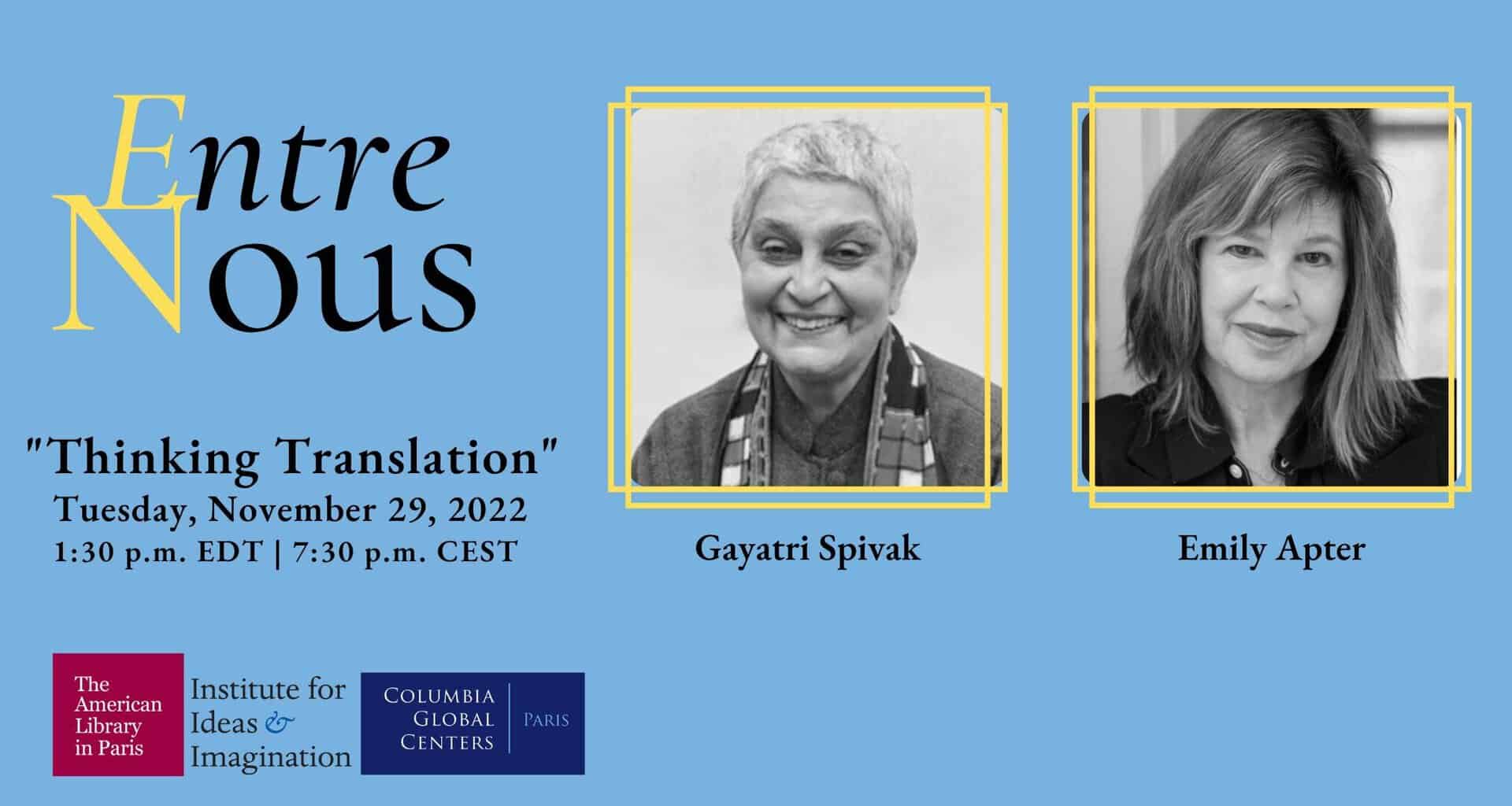 Gayatri Spivak and Emily Apter appear on Zoom to discuss translating thought and thinking translation. A conversation at the Library organized in collaboration with Columbia Global Centers | Paris and the Institute for Ideas and Imagination.

What is translatable? How is meaning transferred across languages, and which pockets of signification slip away? What is the nature of this slippage? In her new work Living Translation, renowned theorist Gayatri Spivak approaches the comparative humanities as a site of translation, and reflects upon her long career in the field. Moving deftly between postcolonial, psychoanalytic, critical, and linguistic markers, Spivak operates at the borders of thought, illuminating translation as a theory of borders. Spivak will converse with philosopher and Living Translation editor Emily Apter about thinking, writing, and living in translation.

Gayatri Spivak is a University Professor in the Department of English and Comparative Literature at Columbia University. She is a founding member of the Institute for Comparative Literature and Society. She is globally renowned for her work studying British, French, and German literature during the long 19th century as well as cultural, feminist, Marxist, Derrida, and globalist studies.

Emily Apter is the Silver Professor of French and Comparative Literature at New York University. Throughout her long and illustrative career, she has explored questions in language, political theory, translation, and French philosophy. She was the president of the American Comparative Literature Association from 2017–2018 and editor of the book series Translation/Transnation. She has been awarded Guggenheim, Mellon, ACLS, NEH, and Rockefeller fellowships.