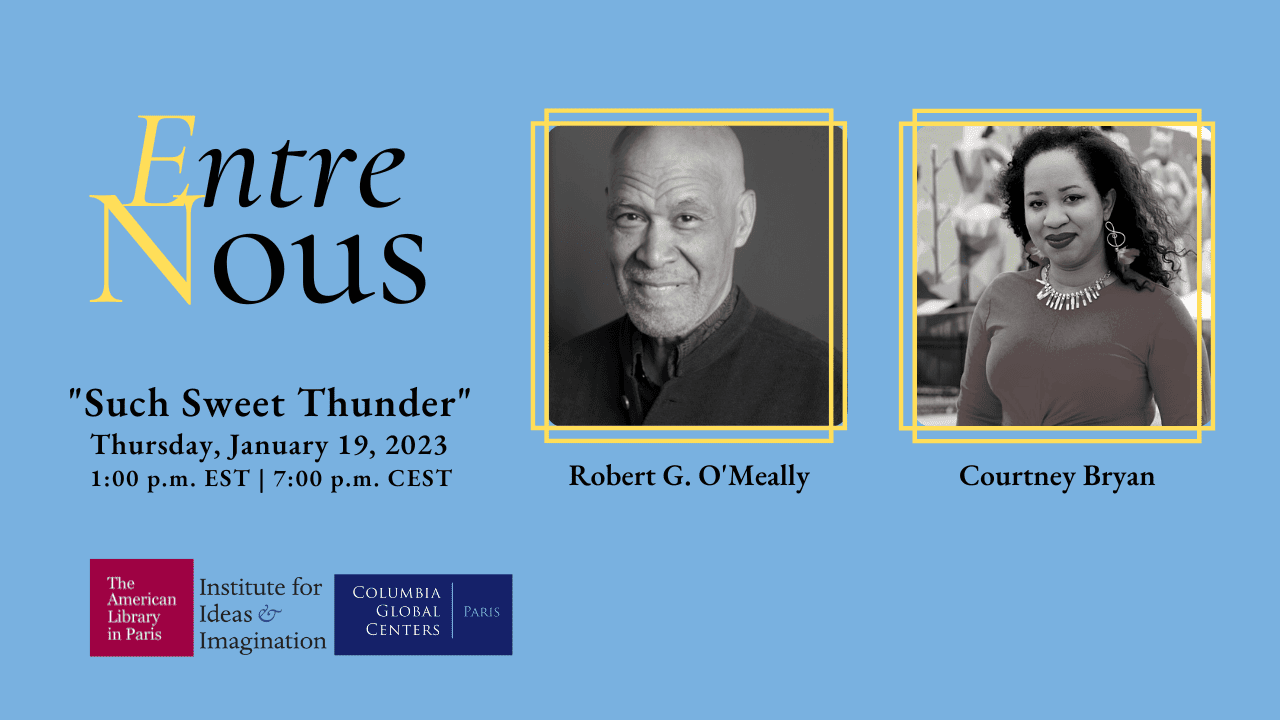 Robert G. O’Meally and Courtney Bryan speak about Such Sweet Thunder and Shakespearean jazz. A conversation at Reid Hall organized in collaboration with Columbia Global Centers | Paris and the Institute for Ideas and Imagination.

Please note that this event will take place online due to planned metro disturbances.

For the Stratford, Ontario Shakespeare Festival of 1957, the American composers Duke Ellington and Billy Strayhorn created Such Sweet Thunder, a jazz concert honoring Shakespeare. “Somehow I suspect that if Shakespeare were alive today,” said Ellington, “he might be a jazz fan himself. He’d appreciate the combination of team spirit and informality, of academic knowledge and humor, of all the elements that go into a great jazz performance.”

This talk will examine scores and recordings of Duke and Strays’ dark bluesy “harlemizations” of certain Shakespearean scenes and characters. Ellington had said that Lady Mac, for example, “had a little ragtime in her soul.” The talk will also feature contemporary video responses to these richly vibrant materials by the award-winning composer Courtney Bryan.

Robert G. O’Meally is the Zora Neale Hurston Professor of English and Comparative Literature at Columbia University, and the founder and director of Columbia’s Center for Jazz Studies. For his production of a Smithsonian record set called The Jazz Singers, he was nominated for a Grammy Award. O’Meally has co-curated exhibitions for The Smithsonian Institution, Jazz at Lincoln Center and The High Museum of Art (Atlanta). He has held Guggenheim and Cullman Fellowships, and was a recent fellow at Columbia’s new Institute for Ideas and Imagination at the Global Center/Paris.

Courtney Bryan is “a pianist and composer of panoramic interests” (New York Times). Bryan is currently the Albert and Linda Mintz Professor of Music at Newcomb College, Tulane University. Bryan was the 2018 music recipient of the Herb Alpert Award in the Arts, a 2019 Bard College Freehand Fellow, and is currently a 2019-20 recipient of the Samuel Barber Rome Prize in Music Composition and a 2020 United States Artists Fellow. She has recently begun a new role as Creative Partner with the Louisiana Philharmonic Orchestra (LPO).

Access to this event requires registration through Columbia Global Centers | Paris. Click on the button below to reserve your place.