Join us for an afternoon with actress and writer Echo Brown. Echo will talk about how she came to write her debut YA novel, Black Girl Unlimited: The Remarkable Story of a Teenage Wizard, answer questions from our Children’s and Teens’ Services Manager, then read from her debut novel. A book signing will follow, and light refreshments will be provided. Teens, older children and adults are all welcome to attend this event, which will take place in the Library’s lower level reading room. 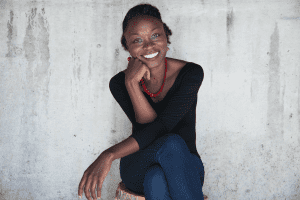 About Echo:  Echo Brown is a visionary storyteller from Cleveland, Ohio, who strives to inspire and provoke. Her first solo show, “Black Virgins Are Not for Hipsters” was nominated as one of the top ten best shows of 2015 by the San Francisco Chronicle and ran for two years to sold-out crowds both nationally and internationally. Written, produced, and performed by Brown, the success of the show led to invitations to speak at Facebook, Google, Dropbox, and TedX Talks. A graduate of Dartmouth College, Brown took an unusual path into the arts. She began her career as an investigator, examining allegations of misconduct against members of the New York City Police Department. She went on to study investigative journalism at Columbia Graduate School of Journalism before moving to California to work for Challenge Day, an award-winning nonprofit that provides transformational workshops in high schools. While there as a motivational speaker, she created and performed dynamic and moving stories for high school audiences across the country. The response led Brown to become a full-time storyteller.

Brown’s search for creative expression continues with her first book, Black Girl Unlimited: The Remarkable Story of a Teenage Wizard, available through Macmillan January 2020. The book is an attempt to come to terms with Brown’s difficult and traumatic childhood and to make meaning out of incomprehensible experiences. Heavily autobiographical yet infused with magical realism, Black Girl Unlimited fearlessly explores the intersections of poverty, sexual violence, depression, racism, and sexism—all through the arc of a transcendent, coming-of-age story. Echo is currently based in Paris, France and is working on a second book about her time at Dartmouth and another one woman show about Josephine Baker. Find out more here.

This event is free and open to the public. Doors open at 16h30 for non-members.


For questions about programs for teens, and young writers, contact our children’s and teens’ services manager, Celeste Rhoads: celeste@americanlibraryinparis.org.

On Tuesday 7 December, the Library will close exceptionally at 19h00 for a special Evenings with an Author program.
Featuring Olivier Sibony on his book Noise: A Flaw in Human Judgment, this event is free and open to the public, but requires advance registration.

Only pre-registered program attendees will be permitted to remain in the Library after 19h00, and no study space or onsite Library services will be available after closing.
All visitors ages 12+ must show a Pass Sanitaire to enter the Library.