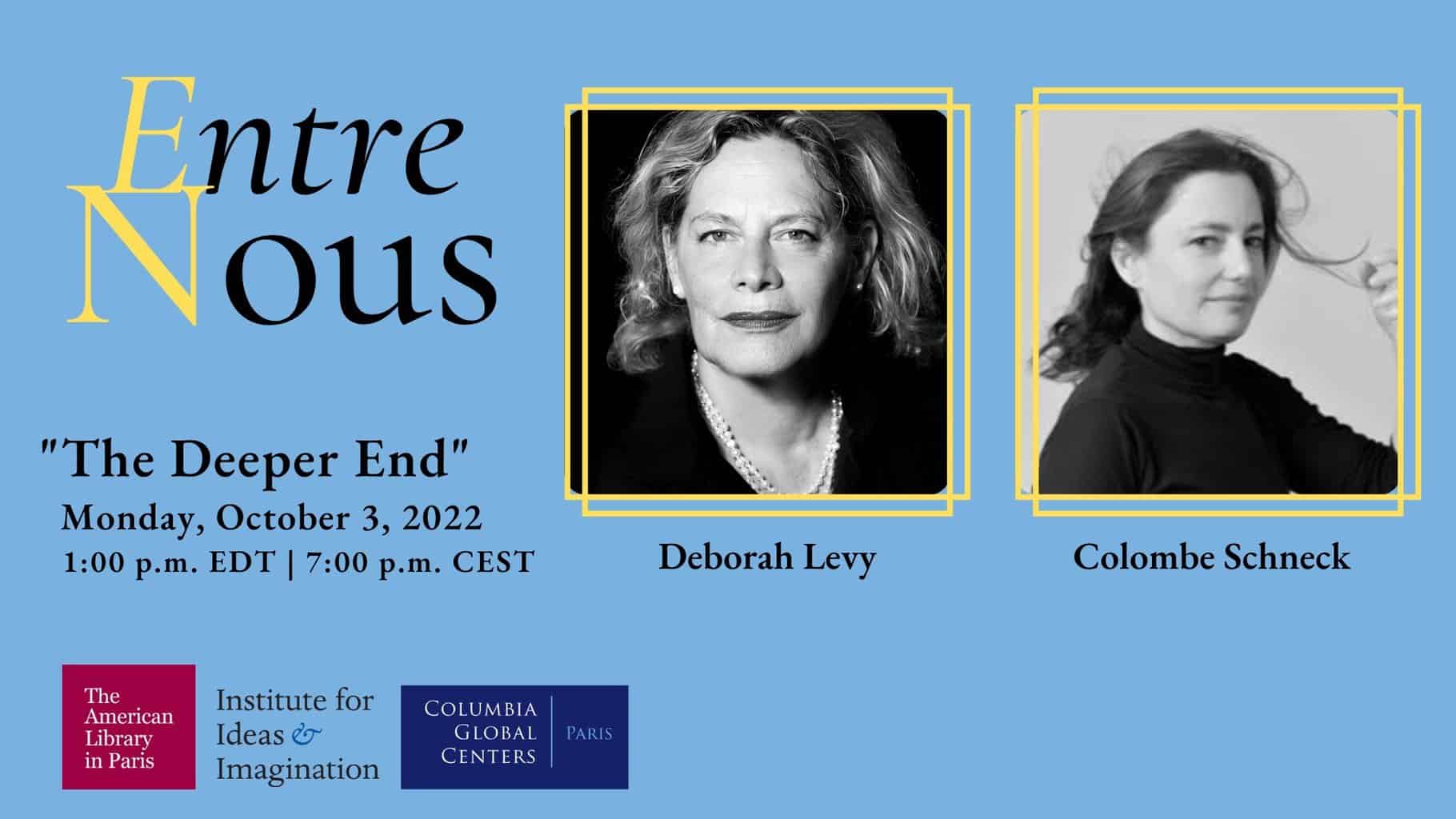 Thought streams, digressions, surface, breath. A conversation at Reid Hall organized in collaboration with Columbia Global Centers | Paris and the Institute for Ideas and Imagination.

Deborah Levy is the author of acclaimed novels, short stories and plays. She has written for the Royal Shakespeare Company and dramatized Freud’s two most iconic case histories for the BBC, Dora and The Wolf Man. Her novels Swimming Home (2011) and Hot Milk (2016) were shortlisted for the Booker Prize. The Man Who Saw Everything (2019) was long listed for the Booker. The Cost of Living and Things I Don’t Want to Know, translated by Celine Leroy in France, won the Prix Femina Etranger 2020. Real Estate, the final volume of her ‘living autobiography’ trilogy, was awarded The Christopher Isherwood Prize for Autobiographical Prose, 2022. Her new novel, August Blue, will be published by FSG in the US, Hamish Hamilton in the UK. Levy is a Fellow of The Royal Society of Literature and is currently writing a book about Gertrude Stein, titled MAMA OF DADA.

Colombe Schneck is a French writer, journalist, director of documentary films, and swimmer. She swam in all 46 municipal swimming pools in Paris for her most recent work titled Paris à la nage. She is currently working on a new novel which will be published by Grasset in 2023 and writing a weekly column about her reading for Madame Figaro. She has directed four documentary films, authored eleven books of fiction and non fiction, and has received prizes from the Académie Française, Madame Figaro and the Society of French Writers, as well as having been short-listed for the Renaudot, Femina, and Interallié prizes. She is the recipient of scholarships from the Villa Medicis in Rome and the Institut Français. She received the Stendhal grant which helps writers do research and write abroad for a novel about women in Bolivia.

Access to this event requires registration through Columbia Global Centers | Paris. Click on the button below to reserve your place.