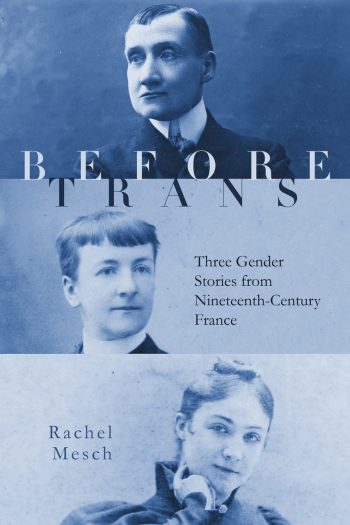 Please join us for an evening with Dr. Rachel Mesch as she introduces her book, Before Trans: Three Gender Stories in Nineteenth-Century France

Before Trans examines the lives and writings of Jane Dieulafoy (1850–1916), Rachilde (1860–1953), and Marc de Montifaud (1845–1912), three French writers whose gender expression did not conform to nineteenth-century notions of femininity. Dieulafoy, Rachilde, and Montifaud established themselves as fixtures in the literary world of fin-de-siècle Paris at the same time as French writers, scientists, and doctors were becoming increasingly fascinated with sexuality and sexual difference. Even so, the concept of gender identity as separate from sexual identity did not yet exist. Before Trans explores these three figures’ lifelong efforts to articulate a sense of selfhood that did not precisely align with the conventional gender roles of their day. Their intricate, personal stories provide vital historical context for our own efforts to understand the nature of gender identity and the ways in which it might be expressed. 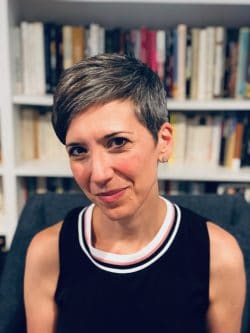 Rachel Mesch is Professor of French and English at Yeshiva University in New York. In addition to Before Trans: Three Gender Stories in Nineteenth-Century France, which was supported by a National Endowment for the Humanities Public Scholar fellowship, she is the author of Having it All in the Belle Epoque: How French Women Writers Invented the Modern Woman (Stanford UP 2013) and The Hysteric’s Revenge: French Women Writers at the Fin de SIècle (Vanderbilt UP 2006). Before Trans was shortlisted for the American Library in Paris Book Award.