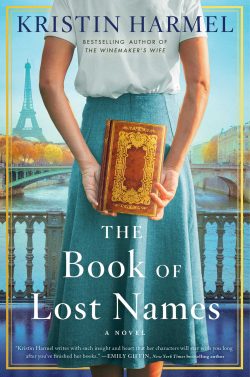 Join the American Library in Paris’s Evenings with an Author series as we host New York Times-bestselling author Kristin Harmel. She will share her novel, The Book of Lost Names, in conversation with fellow author Lauren Elkin. Programs Manager Alice McCrum will draw on live questions from the audience.

Eva Traube Abrams, a semi-retired librarian in Florida, is shelving books one morning when her eyes lock on a photograph in a newspaper nearby. She freezes; it’s an image of a book she hasn’t seen in sixty-five years—a book she recognizes as The Book of Lost Names. The accompanying newspaper article discusses the looting of libraries by the Nazis across Europe during World War II, which Eva remembers well as a Jewish war refugee from Paris. The book in the photograph, an eighteenth-century religious text thought to have been taken from France in the waning days of the war, is one of the most fascinating cases. Now housed in Berlin’s Zentral- und Landesbibliothek library, it appears to contain some sort of code, but researchers don’t know where it came from—or what the code means. Eva knows the answer—but will she have the strength to revisit old memories and help reunite those lost during the war?

An engaging and evocative novel reminiscent of The Lost Girls of Paris and The Alice Network, The Book of Lost Names is a testament to the resilience of the human spirit and the power of bravery and love in the face of evil. 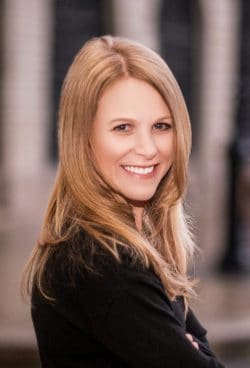 Kristin Harmel is the New York Times-bestselling author of The Book of Lost Names, The Winemaker’s Wife, The Room on Rue Amélie, The Sweetness of Forgetting and a dozen other novels that have been translated into 28 languages. Her new book, The Forest of Vanishing Stars, will be released in July 2021. She is also the cofounder and cohost of the popular web series Friends and Fiction. She lives in Orlando, Florida. 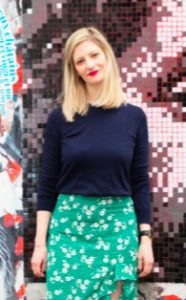 Lauren Elkin is the author of Flâneuse: Women Walk the City, a Radio 4 Book of the Week and a finalist for the PEN Diamonstein-Spielvogel award for the Art of the Essay. Her next book, 91/92: A Diary of a Year on the Bus will be out in September 2021 from Semiotext(e)/Les Fugitives, as will her translation of Simone de Beauvoir’s lost novel The Inseparables (Vintage Classics).