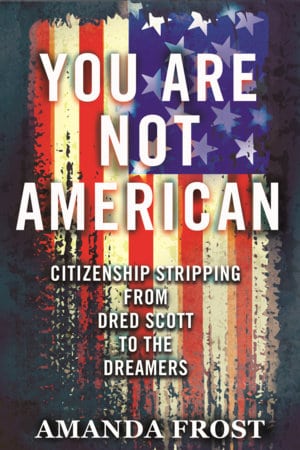 Join the American Library in Paris’s Evenings with an Author series on 27 April as we host Amanda Frost, author of You Are Not American: Citizenship Stripping from Dred Scott to the Dreamers, in conversation with New Yorker staff writer Lauren Collins.

The American government has historically revoked US citizenship to suppress dissent and shape the nation’s demography. When the Supreme Court rejected the idea of Black citizenship in the case Dred Scott v. Sandford in 1857, new questions were raised about identity, belonging, and exclusion. Law professor Amanda Frost explores narratives of those who have struggled to be included as citizens and full members of “We the People” and exposes citizenship stripping as a fundamental tool of discrimination in America. 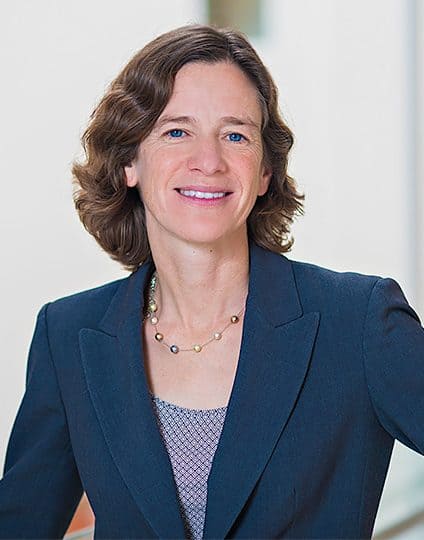 About the speakers: Amanda Frost is the Ann Loeb Bronfman Distinguished Professor of Law and Government at the American University Washington College of Law. Professor Frost writes and teaches in the fields of constitutional law, immigration and citizenship law, federal courts and jurisdiction, and judicial ethics. Her scholarship has been cited by over a dozen federal and state courts, and she has been invited to testify before both the House and Senate Judiciary Committees. Her non-academic writing has been published in the Atlantic, Slate, the American Prospect, the Washington Post, the New York Times, and USA Today, and she authors the “Academic round-up” column for SCOTUSblog. In 2019 she was awarded a fellowship from the American Council of Learned Societies to complete her book, You Are Not American: Citizenship Stripping from Dred Scott to the Dreamers (Beacon Press), which was published in January 2021. 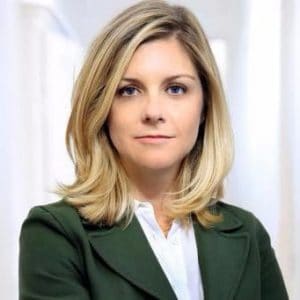 Lauren Collins began contributing to the New Yorker in 2003 and became a staff writer in 2008. She is the author of When in French: Love in a Second Language, which the Times named as one of its 100 Notable Books of 2016. She is working on a second book, about a coup d’état perpetrated by white supremacists in Wilmington, North Carolina in 1898, and its effects on the city during the past 120 years.