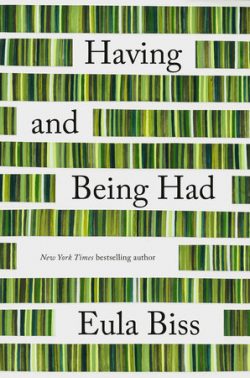 Join us for an interview with Eula Biss about her newest book, Having and Being Had, moderated by Susan Harlan.

“My adult life can be divided into two distinct parts,” Eula Biss writes, “the time before I owned a washing machine and the time after.” Having just purchased her first home, the poet and essayist now embarks on a provocative exploration of the value system she has bought into. Through a series of engaging exchanges— in libraries and laundromats, over barstools and backyard fences— she examines our assumptions about class and property and the ways we internalize the demands of capitalism. Described by The New York Times as a writer who “advances from all sides, like a chess player,” Biss offers an uncommonly immersive and deeply revealing new portrait of work and luxury, of accumulation and consumption, of the value of time and how we spend it. Ranging from IKEA to Beyoncé to Pokemon, Biss asks, of both herself and her class, “In what have we invested?” 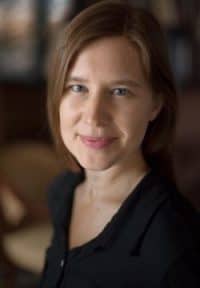 Eula Biss is the author of four books, most recently Having and Being Had, which Cathy Park Hong calls “a revelatory and necessary primer on how late capitalism affects our daily lives.” Biss holds an MFA in nonfiction writing from the University of Iowa and has been teaching writing at Northwestern University for fifteen years. Her book On Immunity was named one of the Ten Best Books of 2014 by the New York Times Book Review and Notes from No Man’s Land won the National Book Critics Circle Award for criticism in 2009. Her work has been translated into over ten languages and has been recognized by a Guggenheim Fellowship, a National Endowment for the Arts Literature Fellowship, a Howard Foundation Fellowship, a Rona Jaffe Writers’ Award, a 21st Century Award from the Chicago Public Library, and a Pushcart Prize. Her essays and poems have recently appeared in the New Yorker, the Guardian, the Times Literary Supplement, The Believer, Harper’s, and the New York Times Magazine. 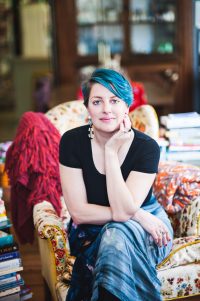 Susan Harlan’s essays have appeared in venues including The Guardian US, The Paris Review Daily, Guernica, Roads & Kingdoms, Literary Hub, The Common, Racked, The Brooklyn Quarterly, The Bitter Southerner, and Public Books. Her book Luggage takes readers on a journey with the suitcases that support, accessorize, and accompany our lives. She also writes satire for McSweeney’s Internet Tendency, The Billfold, Avidly, Queen Mob’s Tea House, The Hairpin, The Belladonna, Janice, and The Establishment, and her humor book Decorating a Room of One’s Own: Conversations on Interior Design with Miss Havisham, Jane Eyre, Victor Frankenstein, Elizabeth Bennet, Ishmael, and Other Literary Notables was published by Abrams last October. She teaches English literature at Wake Forest University.