A free book service for men in battle 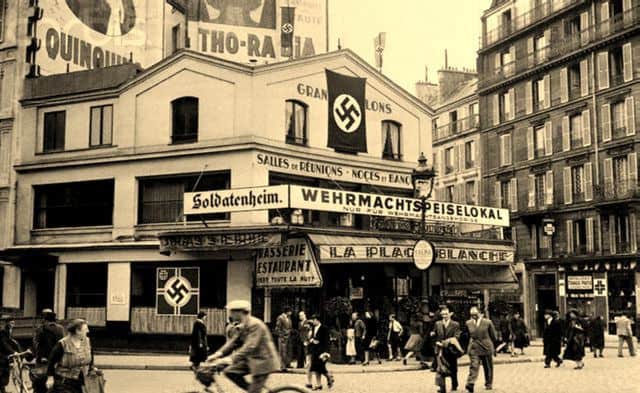 A café for Wehrmacht soldiers only, on Place Blanche, right next to the Moulin Rouge of Montmartre, Paris.

In June 1940, German troops march on Paris. On September 28, the Nazi regime publishes the Otto list, an inventory of over 1,000 books considered illegal by the occupying force. Dr. Hermann Fuchs, the Berlin librarian in charge of the enforcement of the banned list, pays a visit to the American Library and removes 40 books from circulation.