Other libraries we love

“A Rendezvous with Death” one hundred years later

Carnegie and Greenaway medal winners in the Library 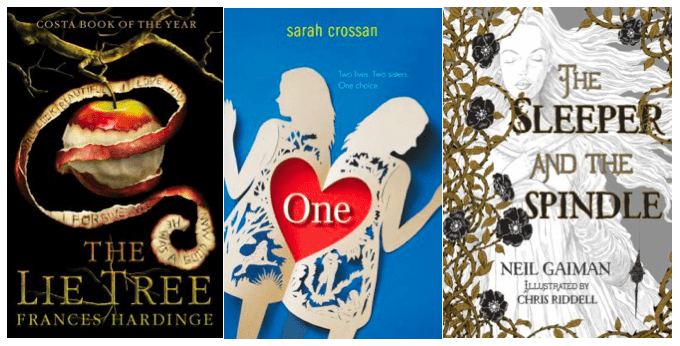 Awarded by the Chartered Institute of Library and Information Professionals (CILIP), the Andrew Carnegie Medal and the Kate Greenaway Medal are the UK’s oldest and most prestigious awards. The awards are judged solely by librarians and awarded annually. To be eligible books must be published in the UK, in English within the previous calendar year for children and young people. They are essentially the Caldecott and Newbery awards of the UK.

The Carnegie medal, established in 1938, is awarded to the book the judges feel has outstanding literary quality. The medal is named after Andrew Carnegie, a Scottish born philanthropist who sailed to America and made his fortune in steel. Carnegie stated that “if ever wealth came to me that it should be used to establish free libraries” and so he did, setting up more than 2800 libraries across the English speaking world.

This year’s Carnegie medal winner One by Sarah Crossan, tells the story of conjoined twins Grace and Tippi and their first venture out into the world. Written in beautiful verse, the judges praised the story as “perfectly crafted, [a] book that will stay with the reader long after its close” and as a book where “no words are wasted.” Author Sarah Crossan was previously shortlisted for the award in 2013 for her novel The Weight of Water and for Apple and Ruin in 2015.

The Kate Greenaway medal, named after a 19th century children’s artist, for a book of outstanding artistic quality, was awarded for a third time to Chris Riddell. The book The Sleeper and The Spindle, authored by Neil Gaiman, weaves a dark and twisted tale based on fairytale and Riddell’s gothic style of illustration in mostly black and white “creates a truly magical fairy tale appeal.” Riddell is currently the UK’s Children’s Laureate and has written and illustrated many other books, including two previous Greenaway medal winners Pirate Diary and an adaptation of Jonathan Swift’s Gulliver’s Travels.

The Library has both One and The Sleeper and the Spindle. We also have many of the shortlisted books in our collections. For the Carnegie medal: The Lie Tree by Frances Hardinge, There Will Be Lies by Nick Lake, The Rest of Us Just Live Here by Patrick Ness, Five Children on the Western Front by Kate Saunders, The Ghosts of Heaven by Marcus Sedgwick and the Lies We Tell Ourselves by Robin Talley. Once Upon an Alphabet, by Oliver Jeffers, Sam and Dave Dig a Hole by Mac Barnett, illustrated by Jon Klassen and Footpath Flowers (also known as Sidewalk Flowers) by JonArno Lawson, illustrated by Sydney Smith are all available from the Library and were all shortlisted for the Greenaway medal.

The winners and shortlisted books for the Carnegie and Greenaway medals were this year joined for the first time by a new commendation category; one book from each medal shortlist was awarded the Amnesty CILIP Honour. The Honour which aims to broaden awareness of how great children’s books encourage empathy and broaden horizons, was awarded this year to Lies We Tell Ourselves by Robin Talley and There’s A Bear On My Chair by Ross Collins. The Amnesty CILIP award is awarded by CILIP in partnership with Amnesty International.

To find out more about all the awards or to watch the award ceremony which was held at the British Library in London, you can visit the CILIP Carnegie and Greenaway website: http://www.carnegiegreenaway.org.uk/